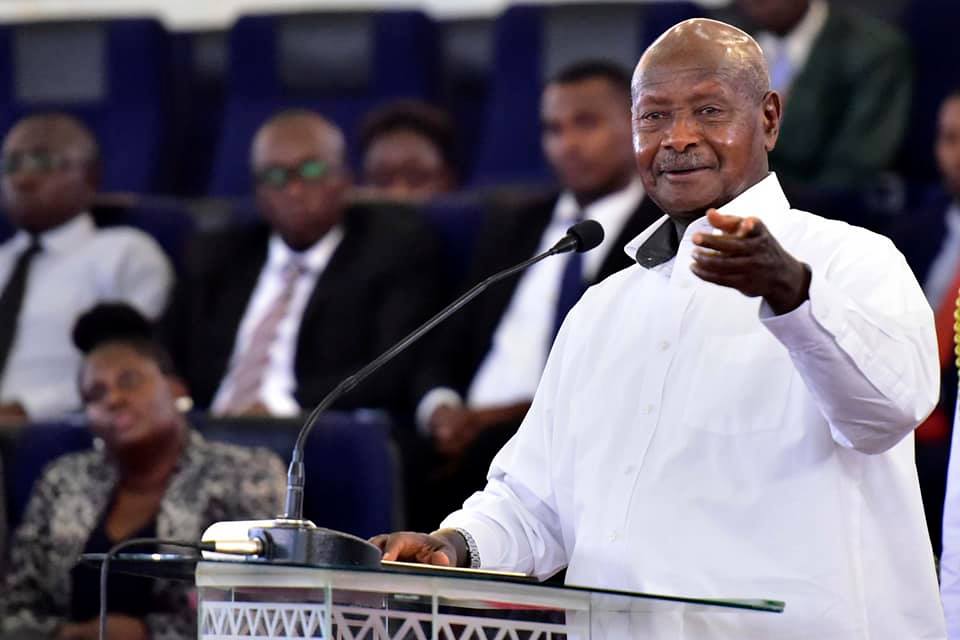 East African countries that are ready to kick-start the political federation should go ahead and do so, President Yoweri Museveni has said, adding that the rest can follow later.

The President made the remarks on Friday as he delivered a public lecture at Kenyatta University in Nairobi, at the conclusion of his three-day State Visit to the neighbouring Kenya.

Speaking to students and staff who had filled the university’s amphitheatre on the theme of ‘African Integration’, President Museveni said, “If some members are not ready for the political federation, let those who are ready go ahead rather than be paralysed.” 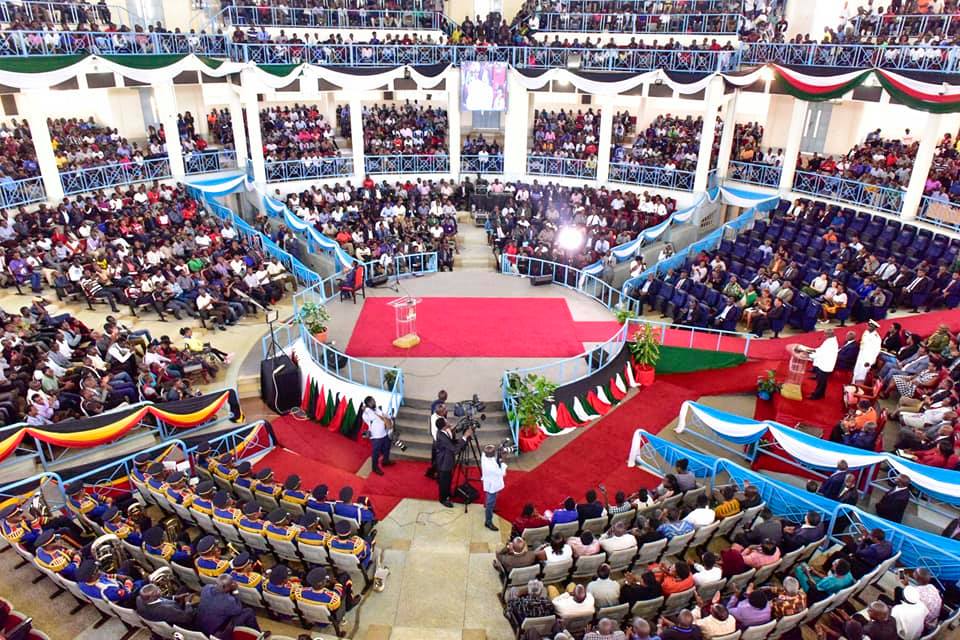 Referring to a Kinyankole proverb, the President said procrastinating on the matter would be akin to a hunter who waits for the whole animal to come out of hiding only to miss it whereas one who attacks it the moment it shows face, stands better chance of catching the animal.

A political federation is the fourth and highest form of integration, the initial stages being the Customs Union, Common Market and Monetary Union.

At the last EAC Heads of State Summit in Arusha in February this year, the leaders tasked President Museveni to supervise a team of experts to work on the constitution of the political confederation.

The team is expected to deliver a preliminary report by September this year.

The East African political federation, according to the EAC Treaty, will be premised on three pillars; common foreign and security policies, good governance and effective implementation of the three prior stages of integration. 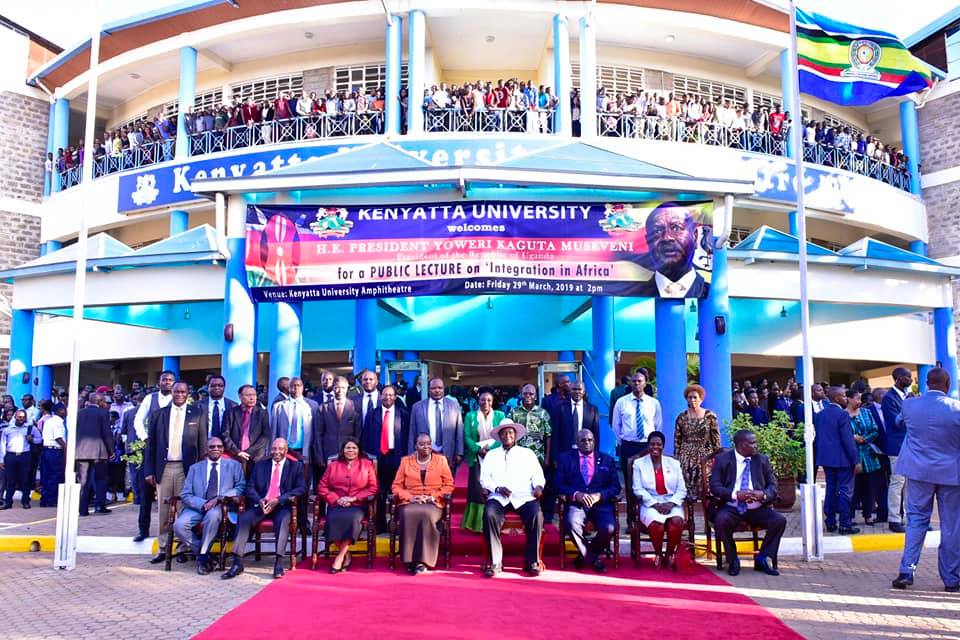 At the Kenyatta University lecture, President Museveni, after giving a brief perspective of Africa’s history and civilization, taking his attentive audience on a narrative of the Egyptian Civilization, through the age of slavery, to colonialism and the other maladies that Africa now faces like poverty and marginalisation, he posed the question, “How could a continent that was a first on all fronts now be the last and still going through the same calamities?”

He added that for freedom fighters like him, there were five key agenda items they needed to accomplish for Africa to regain its shine and place.

The first was to ensure we got our freedom back from the colonial masters. That was the primary goal of our resistance leaders like Kwame Nkrumah, Jomo Kenyatta, Dedan Kimathi, Nnamdi Azikiwe and others.

“This was largely accomplished. Africans were able to defeat and outlive the colonialists because they were resilient and did not become extinct like some of the races in America and elsewhere. We have strong genes. But the Europeans, driven by greed on how to share colonies, became weak after this greed led to the two world wars.”

The President said with freedom from colonialists attained, the next item on the agenda was to ensure Africans had a say in how affairs of their countries were conducted and choice of leaders. “Our second item, therefore, was democracy,” he said.

The third question and perhaps one of the most important, according to President Museveni, was the one of prosperity of the African people.

“We had to ask, how do our people live well in a modern way and prosper? Take my example. I am a cattle keeper. I must use modern methods to produce beef and milk but ensure I sell it. But the Banyankole, my people, also produce milk and beef. They cannot buy from me. This meant we had to address the question of identity against interests,” added the President.

He pointed out that addressing this matter had become even more critical after independence Parties chose to organise people along sectarian lines. In Uganda, he noted, the Uganda People’s Congress was Protestant-leaning, the Democratic Party was for Catholics while the Baganda rallied around Kabaka Yekka.

“We rejected this idea of sectarianism and, therefore, had to craft an ideology that made a case for prosperity and not sectarianism. That is how we arrived at patriotism. Here, our view was that rather than just your tribe, you must love and support your country,” said the President.

He added: “But even love for your country alone is not enough. Uganda now produces 2.7 billion litres of milk annually but consumes only 800 million litres. The surplus is sold in the region. This example showed us that beyond country, we needed to ally with our neighbours hence another parameter of our ideology—Pan Africanism.”

The President said Pan-Africanism was the ideological bedrock on which organisations like the East African Community and the African Union were founded. He pointed out that besides creating a bigger market, these blocs were also important when it came to negotiating with stronger third parties like the US and China.

Noting that economic prosperity alone was not enough, President Museveni said Africa also had to address the issue of its strategic security, as the fourth key issue. “How do we secure Africa? How do we ensure that Africa will not be colonised again? In the Second World War, the first victims of German aggression were the highly developed but militarily insecure countries like Belgium, France and Poland.”

He added: “Today, even countries like Israel and South Korea which are very developed still need military support of the US to guarantee their security. The Americans are talking of four-dimension superiority; on land, air, sea and space. Where does this leave Africa?”

President Museveni pointed out that for East Africa, the use of Swahili, a neutral language would make the process of integration much easier.