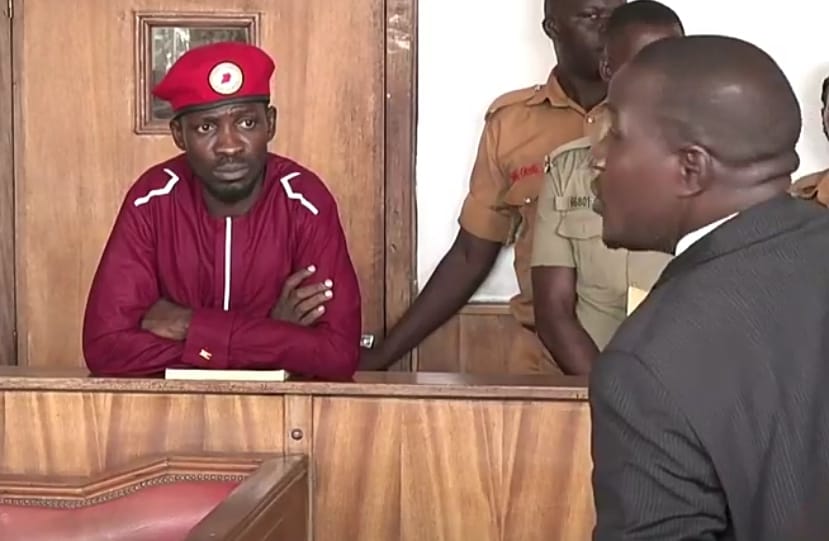 Bobi wine was arrested on Monday morning and detained briefly at Naggalama Police Station, from where he was taken to Buganda Road Court and charged Disobedience of Statutory Duty.

Prosecution alleges that on July 11th, 2018, Bobi Wine conducted an illegal public meeting without notifying the Police, which is against the Public Order Management Act.

On the said date, Bobi Wine led a protest against the Social Media and Mobile Money proposed by government. The taxes are still in effect to date.

Bobi Wine was remanded to Luzira until Thursday May 2nd, 2019 after failing to present his sureties.

His Lawyer Counsel Asuman Basalirwa claimed that the MP’s sureties were blocked from accessing court premises by Police.