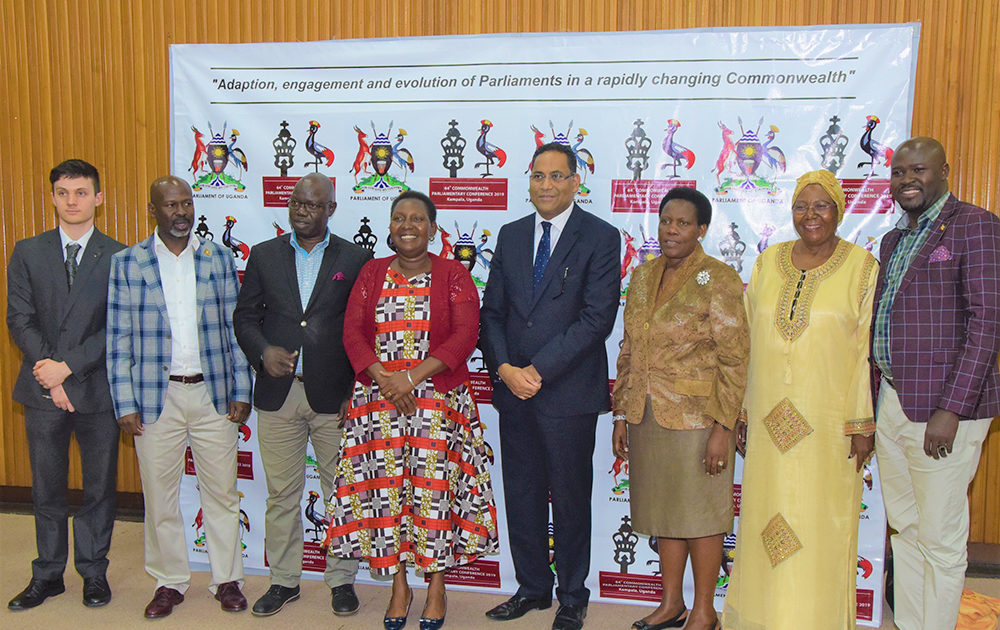 Mr Khan made the remarks at a meeting with Members and staff of Parliament on Friday, 7 June 2019 to appreciate the progress of preparations to host the conference taking place from 22nd to 29th September 2019 in Kampala.

“The planning looks very positive and all we need is to move to the venues and allocate meeting areas appropriately so that people with disabilities are well taken care of,” he noted, adding that, “We need to make sure we set the bar for the next meeting,” he said.

The Uganda Branch Representative for CPA Africa Region and also Vice Chairperson of the Organising Committee of the 64th Commonwealth Parliamentary Conference, Hon. Jalia Bintu said the Government of Uganda had ring fenced finances of the conference.

“We have secured money from the government to facilitate the event and set up committees to make sure protocol, media, transportation and accommodation are taken care of,” she said.

The Secretary General, who is on a working visit to Uganda, said a special magazine for the 64th CPC would be published.

Hon. Paul Amoru, the Chairperson of the Media and Publicity Subcommittee informed the meeting that his sector was on course with preparations to broadcast the event in both local and international audiences on print, electronic and social media.

A website, www.cpc2019.org has been created as a one-stop portal on all information regarding the conference.