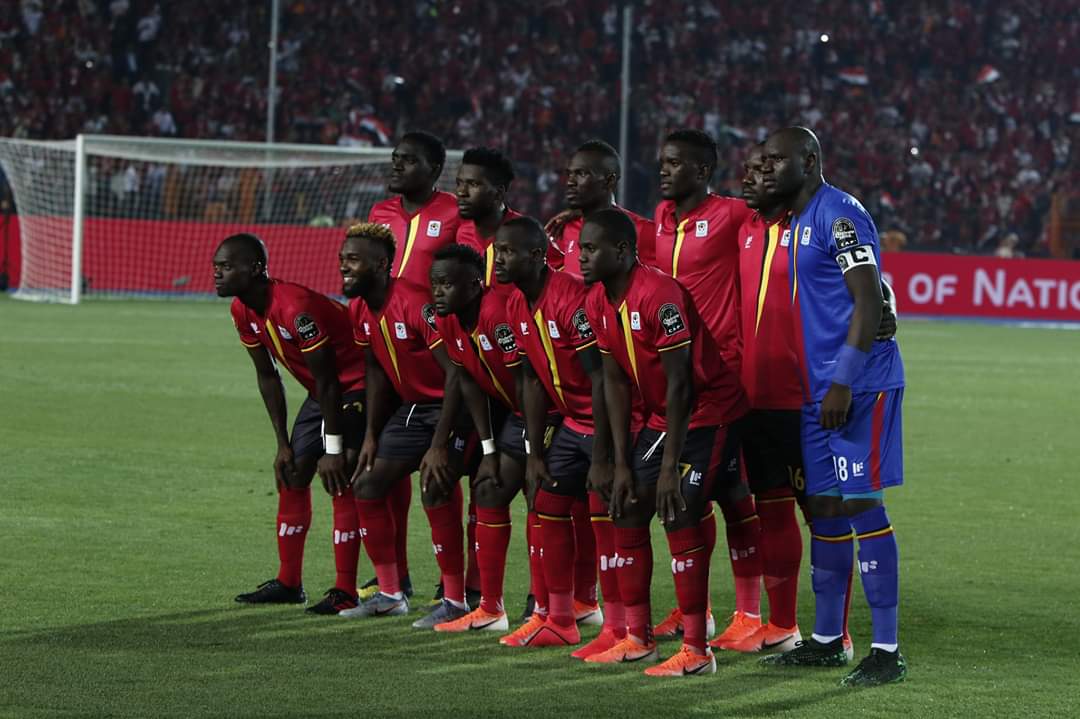 Uganda Cranes is through to the round of 16 despite losing 2-0 to hosts Egypt at Cairo International Stadium on Sunday night in the ongoing 2019 Africa Cup of Nations (AFCON).

The final result didn’t reflect the true picture of what Uganda Cranes displayed on the pitch especially before Mohamed Salah netted from a direct free kick and captain Ahmed Elmohamady Abdelfattah Aly added a second for his team.

Abdu Lumala, Emma Okwi and Allan Kyambadde all came close to handing Uganda Cranes the lead in the first half.

With DR Congo in action against Zimbabwe, it was all about collecting each team fighting for points to keep them in the competition except for Egypt who had already qualified following two wins from their opening two fixtures.

DRC beat Zimbabwe 4-0 a result that couldn’t take them above Uganda Cranes who had already amassed 4 points from the opening two matches.

Uganda Cranes will wait to know their opponents are in the next round. It is the first time that Uganda has qualified for the knock out phase of the competition since 1978 but are in line to face a team that finishes second in Group C which has Algeria, Senegal, Kenya and Tanzania.

Uganda Cranes head coach Sebastien Desabre was forced to make a change in the goalkeeping position as Denis Onyango paved way for Robert Odongkara while Taddeo Lwanga came on for Khalid Aucho and Kizito Luwagga for Allan Kyambadde.

Onyango was stretchered off as he felt dizzy due to the bout of flu that attacked him two days before the game on Sunday. Hassan Wasswa Mawanda took over the Captain’s during the absence of Onyango.

Uganda finished second in Group A with 4 points while Egypt topped with 9 points. DRC is third with 3 points and Zimbabwe one point.