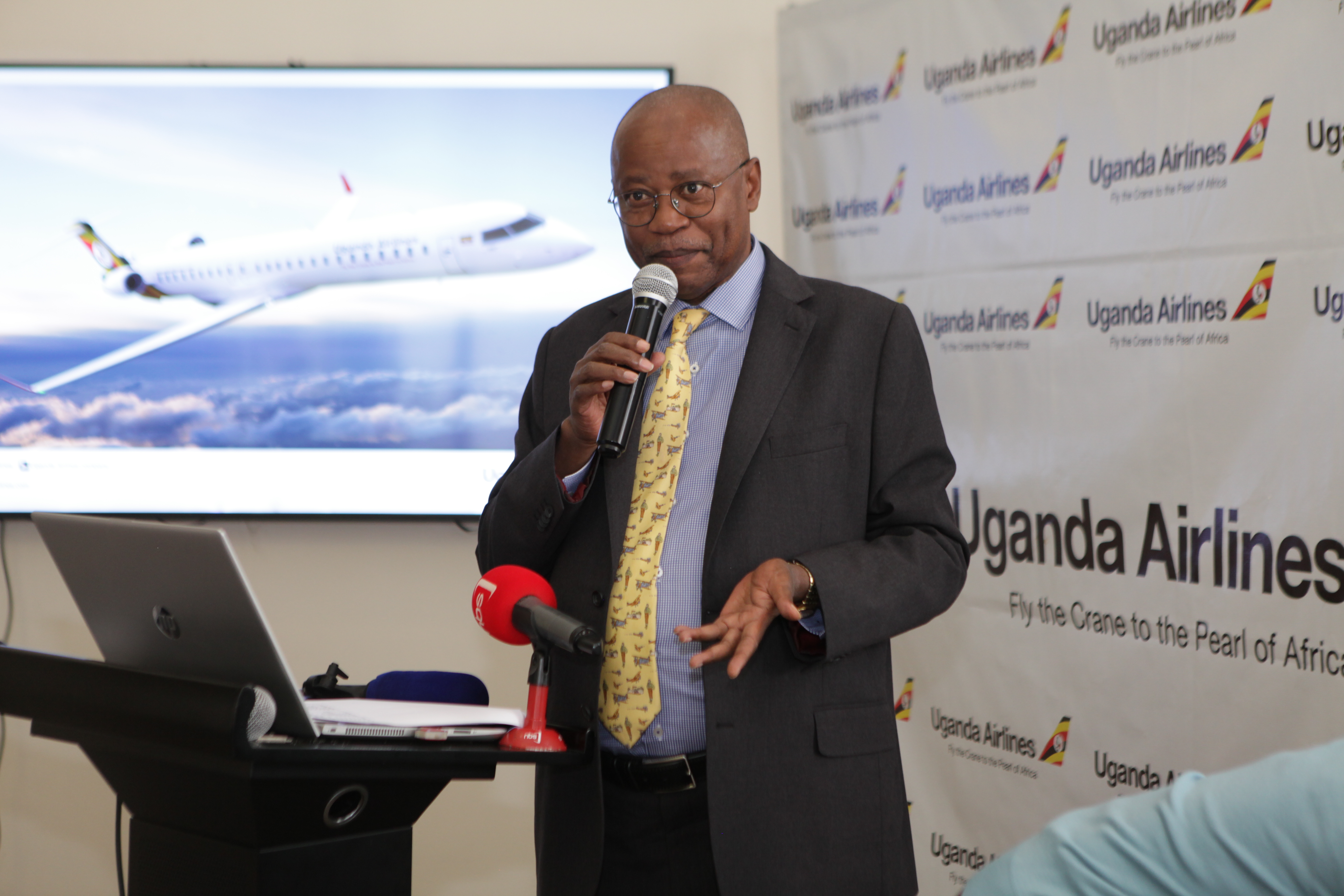 The Uganda National Airline Company Limited, trading as Uganda Airlines will on Wednesday 28th August 2019 take to the sky with its maiden flight heading to Nairobi, Kenya.

The development was announced on Friday morning, during a media engagement breakfast which was held at Golden Tulip Hotel in Kampala. Uganda Airlines Director Commercial Ms. Jenifer Bamuturaki said the two aircraft CRJ 900 are brand new, with the atmosphere interior, first operator in Africa of this kind and are ready to take to the skies effective 28 Aug and have already undertaken demonstration flights.

“The CRJ900 has two classes, Business Class that has 12 seats and Economy Class with 62 seats, making a total of 74 seats on each of the aircraft with more leg room, more cabin space, bigger overhead baggage bins than the Embraer, wider galley space for better inflight service, more head space for taller persons and mood lighting-first of its kind” .Bamuturaki also announced promotional fares to all destinations for a period of two month.

The International Air Transport Association (IATA), approved a code; UR for Uganda Airlines following the issuance of the Air Operators Certificate (AOC) at the end of July.

The Airline Chief Executive officer Ephraim Bagenda in his presentation said “Come 2020 December we expect to boost the National Carrier by receiving 2 Airbus and we will expand to more routes within Africa, to London, China, Hong Kong, India, as well as United Arab Emirates,

The airline also announced that they have offices in Kampala, at Victoria University House, opposite Esso Corner on Jinja road. Other offices are at Victoria Mall in Entebbe Town and a ticketing office at Entebbe International Airport. The offices will be used for ticketing and booking. Across the network, the Airline will have its own offices in some destinations and others will be served through GSA’s (General Sales Agents).

Don Mubiri Systems Manager says travelers shall have the opportunity to book tickets and check in online as an additional service through the Airline Website.

The Airline will fly to 7 destinations starting with Nairobi, Mogadishu, Juba and Dar Dar es Salaam on 28th August 2019 and on 13th September 2019, roll out Mombasa, Kilimanjaro and Bujumbura.

The aircraft will fly to Nairobi and Juba twice a day, Mogadishu four times a week, Bujumbura, Mombasa and Kilimanjaro three times weekly and will go to Dar es Salaam daily.