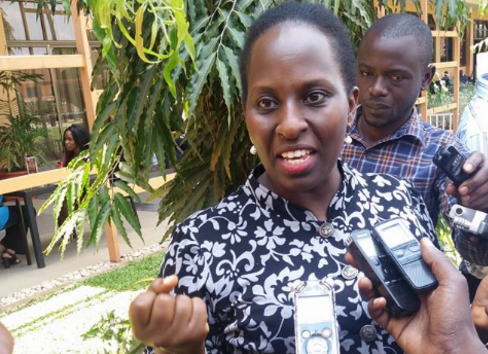 Annette Kezaabu’s Anti-Pornography Committee which was set up by the government has run out of funds to finance its activities.

This was revealed by the Permanent Secretary, Directorate of Ethics and Integrity, Alex Okello while appearing before the Public Accounts Committee(PAC) on Wednesday last week.

Okello told the committee that Directorate of Ethics and integrity is not facilitated adequately to deal with pornography acts, which has made that activities of the Anti-Pornography Committee difficult.

The Anti-Pornography was established  in 2016 to carry out sensitization of the public about dangers of pornography, ensure prosecution of perpetrators, detect and prohibit pornography and also expedite the development, acquisition and installation of effective protective software to detect pornography users in the country.

During the meeting with PAC, Okello said that there are many rotten things which have been discovered by the pornography committee but nothing can be done to contain them without funds.

Fr. Simon Lokodo, State Minister for Ethics and Integrity submitted to parliament a UGX2 billion budget request to procure anti-pornography machines that Government can use to detect pornography, but the request was rejected by Parliament.

Okello said that acts of pornography are rampant in schools and this needs to be checked.

“When we were inaugurated, the first year we drew a program worth UGX2.3Billion we got only UGX1Billion. In 2018/2019 financial year the money was cut to UGX600Million, what can you do? We have a lot of things to do in society, there is no other body that can transform society, but through instilling ethical conduct, which is our mandate.”