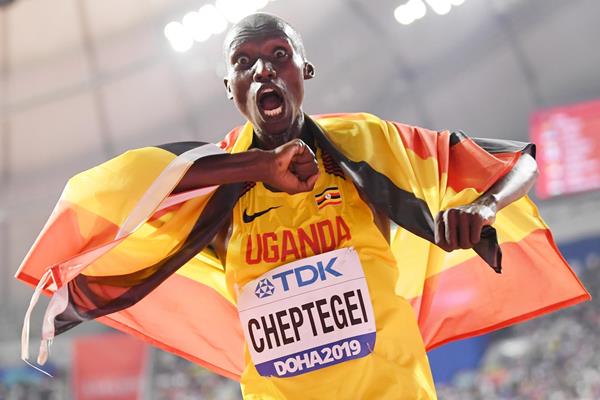 With a finish time of 26:46.37, Cheptegei came first in the race and won a gold medal. This is the second-fastest time in World Championships history.