Ugandan comedian Salvador Idringi delivered a bitter joke about Rwandese during one of his performance some time ago.

In delivering his joke, he cracked something about genocide, a period many citizens of Rwanda never want to recall.

Salvador has been getting a roast since a video from the performance surfaced online.

Many have been calling him names, and at the same time demanding that he apologizes.

The comedian had initially said he won’t apologize because the joke was misunderstood by some people.

Salvador has however made a U-turn on his vow.

His change of heart is inspired by a letter (thread) directed at him from a one, Karemera Dean.

“We are offended because Genocide & Comedy have never ever been mixed before, you set a precedent. Some of your fans commented saying that you just said the word, they forgot to mention it was in line with a joke about Rwanda. It makes it our business,” reads one Karema’s tweets.

“We are offended because you trivialized an era that changed our lives forever. We are still recovering, just last week, more victims were uncovered in the basement of a house. We are still traumatized, wounds are still fresh and still burying our own. 25 years later,” reads another.

Salvador says Karemera’s letter is civil and it has helped him understand how the joke affected them.

“I sincerely apologize, but I won’t allow being insulted and threatened for being human,” says Salvador. 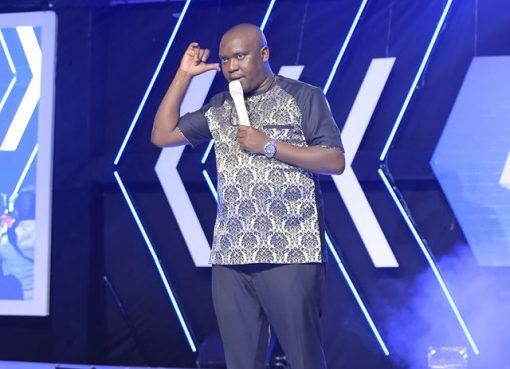 PHOTOS: How it Went Down at Salvador Idringi’s Africa Laughs Season 5