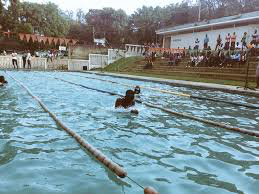 James Uwimpuhwe, a student of Makerere University drowned in the university swimming pool on Sunday.

Uwimpuhwe was in his second year doing Arts. He drowned drowned while attempting underwater swimming, according to reports.

“I have received with much shock news of the death of James Uwimpuhwe, a second year Arts student who has drowned in the University swimming pool this evening. A brief to me from the Swimming Pool management indicates that James got stuck while attempting under-water swimming,” he wrote.

“Life savers on duty rushed to his rescue, offered Cardiopulmonary resuscitation and other first aid but he died on the way to hospital. I send my condolences to his family and the entire student community. May His Soul Rest In Peace,” he added.