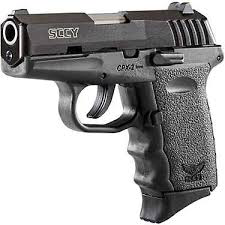 A murder case (CRB. 309/2019) has been opened at Ntinda police station against Zaina Karama, who mistakenly shot her brother, Ali Abdu Jabar with a gun leading to his sudden death.

The incident happened at Kampala Independent  Hospital where Jabar had gone to visit her wife Fatuma Jabar, who had been admitted in VIP Room 2 at the medical facility following a successful delivery by C-section.

“The deceased was holding a Pistol No. UG IND BONK 444 03175 Glock pistol. While at the waiting VIP seats in Room2, Zaina Kamara was playing with the pistol of Ali Abdul,” reads a police statement.

Teasingly, Zaina tried to shoot Jabar but without pulling the trigger. Alarmed that she could press the trigger accidentally, Jabar asked the gun from her to withdraw the magazines. He handed it back to her, and the game continued.

Unknown to both of them, there was a bullet in the chamber.

Believing that the gun was magazine free, Zaina pressed the trigger releasing the one bullet that had remained. It went through Jabar’s chest.

“He was rushed to theatre and pronounced dead on arrival,” a police report indicates.

Zaina passed out and has aince been unconscious at Intensive Care Unit at the same hospital.

Jabar’s wife and baby are expected to be discharged on Monday.

The deceased was a businessman and a resident of Najjera.