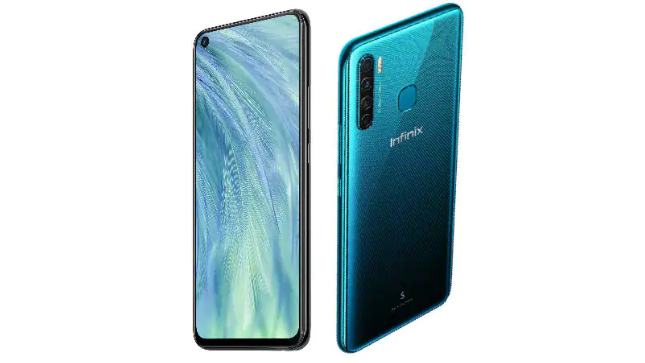 Infinix is set to launch their very first smartphone model with an Infinity O-Display.

The Infinix S5 which according to information obtained by this website is set to launch on Wednesday 20th November 2019, hopes to woo its biggest fans with the Infinity O-Display and camera features.

The Infinix “S” series are well known for the front camera (otherwise known as the selfie camera) and the very first “S” series was launched in 2016 with recent models proving that Infinix is keeping up with the latest trends in the smartphone industry.

The innovative O-Display 6.6-inch screen designed to leave more space for a wider display experience housing its front camera at the upper left corner to make it easier to take selfies. As if that is not enough, The Infinix S5is rumored to have Rear Quad Camera taking mobile photography to a whole new level in just a click even in the dark.

The 3D curved surface designed model is also said to be equipped with a 4000mAh battery that can last 2 days for an average user without charge supported by 2A fast charging technology.

We await on its launch for more information in regards to price, available colors and other key specifications.