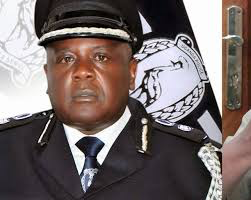 Assistant Inspector General of Police Godffrey Bangirana has been ordered to leave office since his contract expired in July.

In his suit, Maddo asked court to  order Bangirana to refund the salary emoluments received while in office illegally.

He argues that payments made to Bangirana is a wastage of government resources.

The Inspector General of Police directed Bangirana to hand over and vacate office after his contract expired in July, but he did not heed to the order.