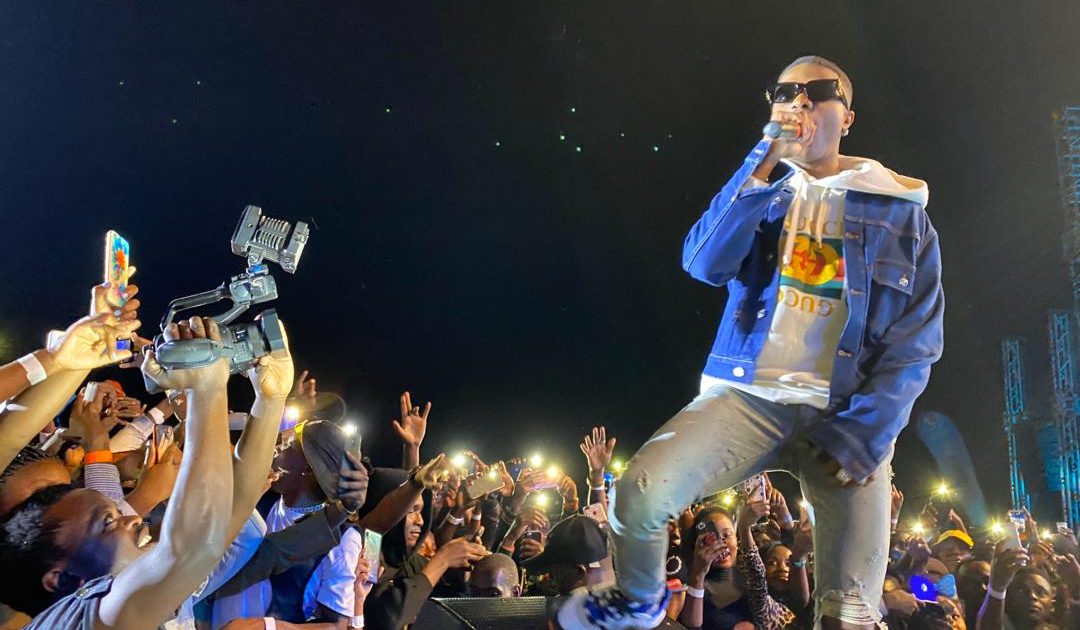 Nigerian music superstar Wizkid on Thursday evening (5th December 2019) gave Ugandans a concert to remember when he put up an energetic performance at the concert dubbed ‘Dirty December’, which was held at Kololo Airstrip in Kampala.

Clad in Sky blue ripped jeans, a white hoodie and a denim jacket, Wizkid took the stage at around 11:00PM amidst cheers from the thousands of revelers that attended the concert.

He performed his hit songs like “Soco”, “Daddy Yo”, “Lagos to Kampala”, “Caro”, “Come Closer” and “Ojuelegba” among others.

He would later called singer Weasel to the stage with whom they performed the song “Don’t Cry”. It will be remembered that Wizkid had earlier dedicated the concert to Weasel’s fallen singing partner the late Mowzey Radio.

The tribute got everyone emotional.

The biggest highlight of the event however was when the Nigerian star invited Ugandan hiphop artiste BigTril (who was on the artiste line-up for the concert) to perform his hit song “Parte After Parte”, creating at even bigger vibe to the already cheerful crowd.

“This is the biggest song in Nigeria right now,” Wizkid told the crowd as he invited BigTril to the stage.

Earlier on, popular Ugandan musicians including, John Blaq, Vinka, Weasel, Hitnature and Fik Fameica among others had performed for the crowd.

The concert ended at a few minutes after midnight. 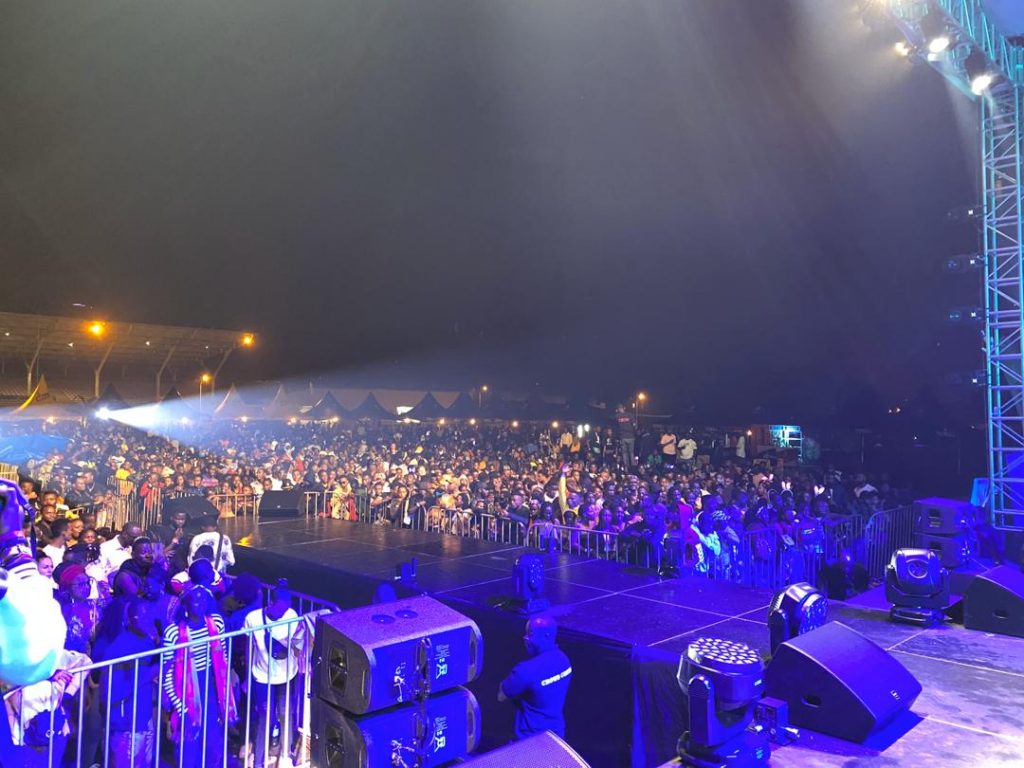 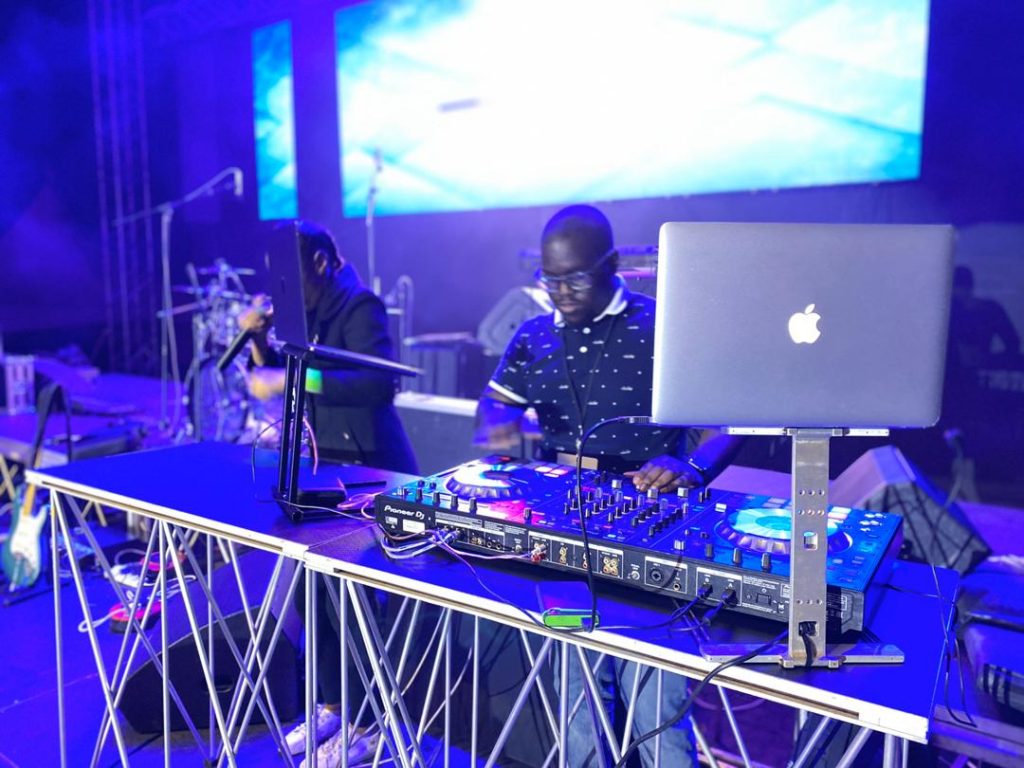 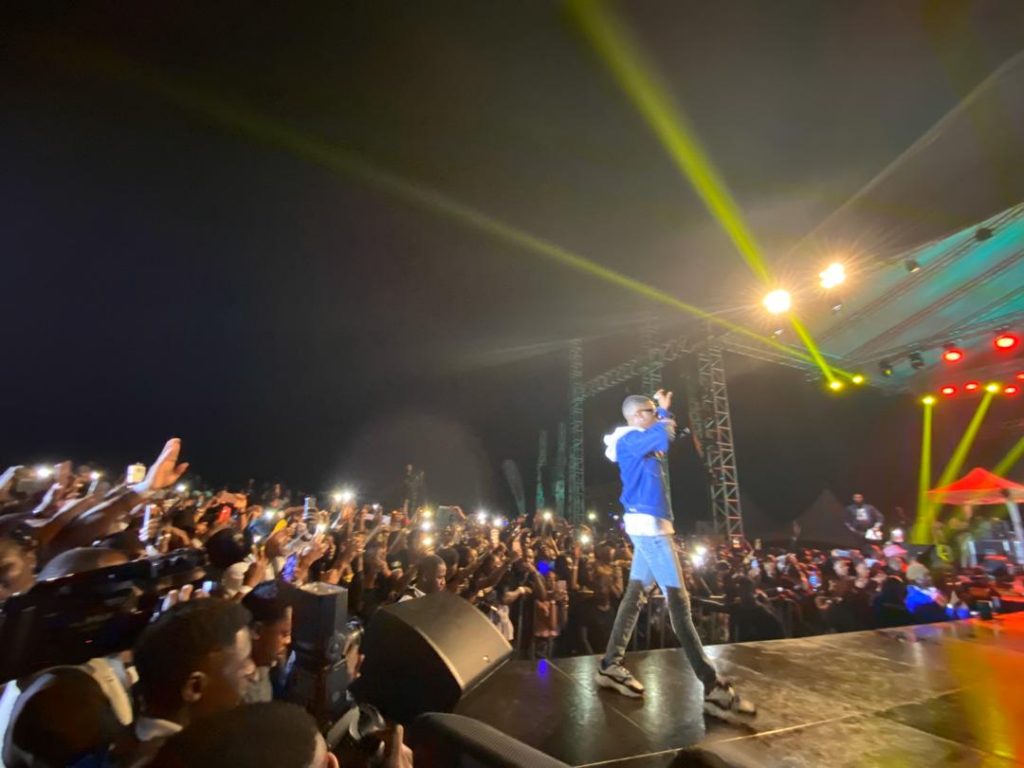 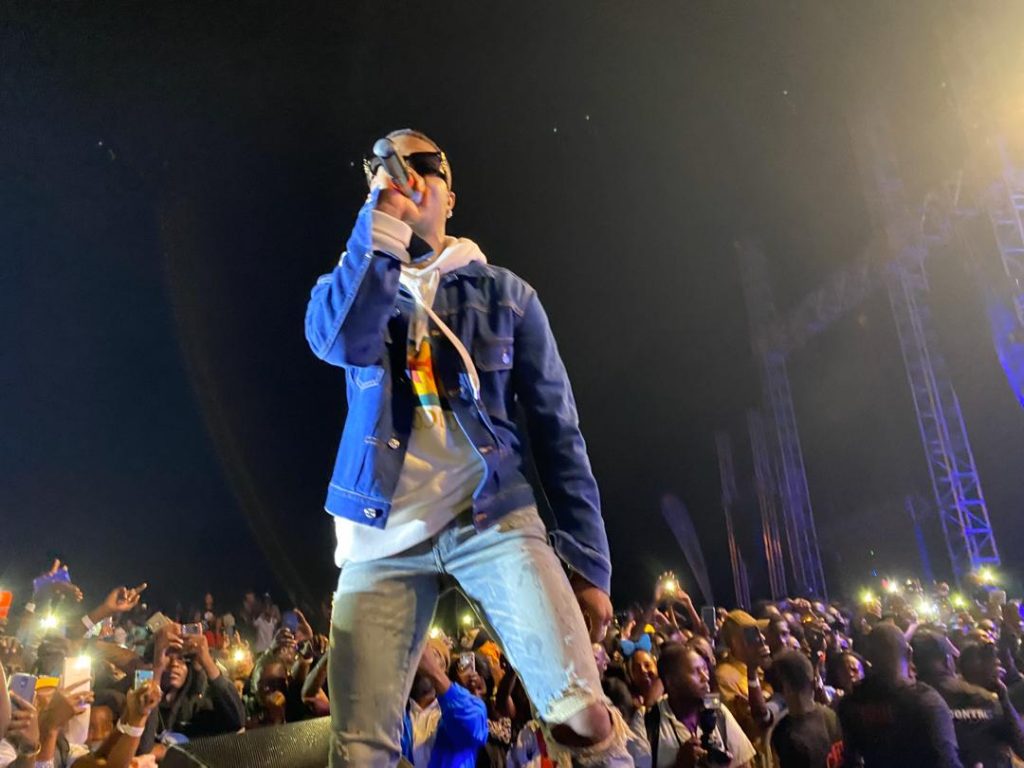 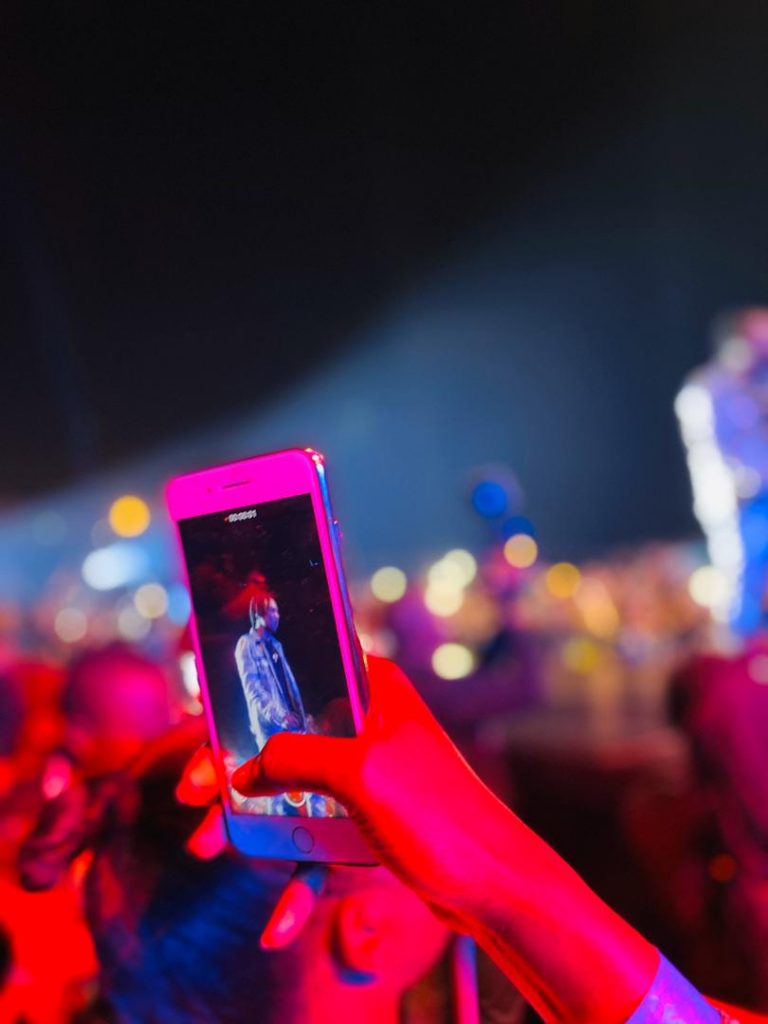 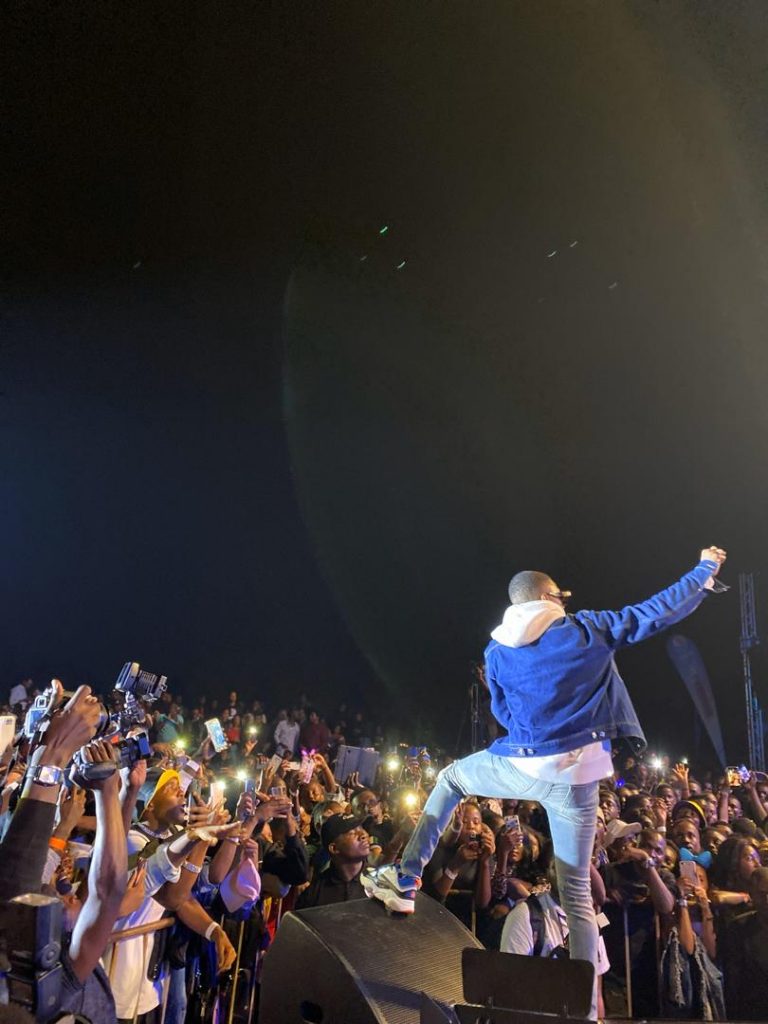 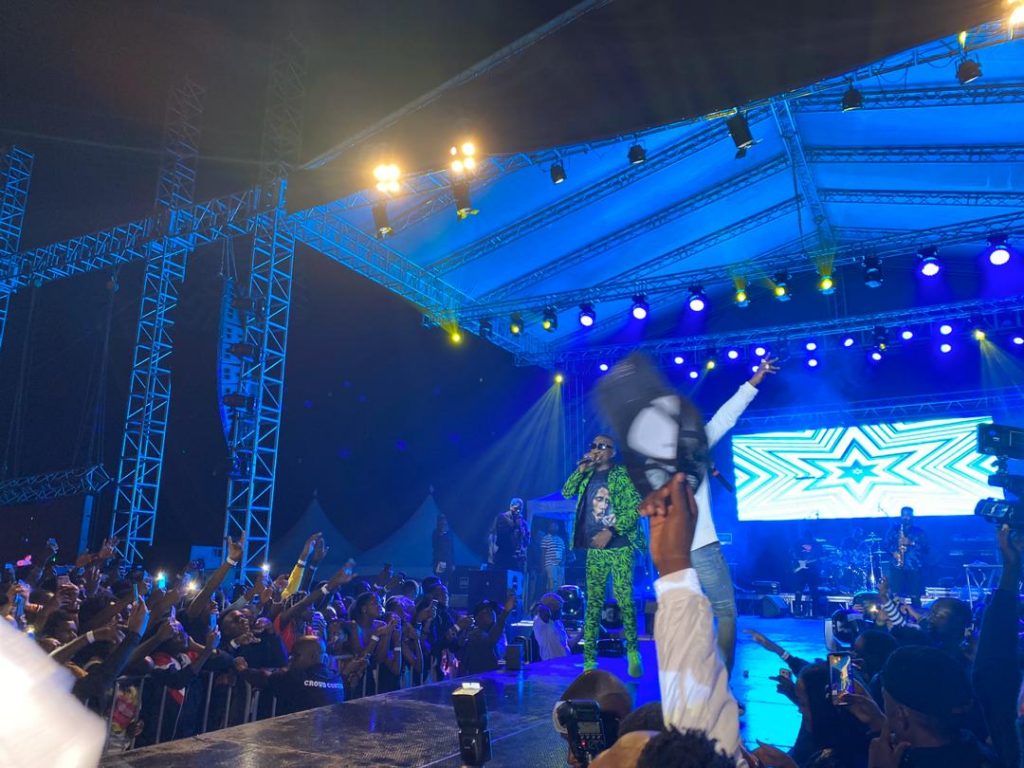 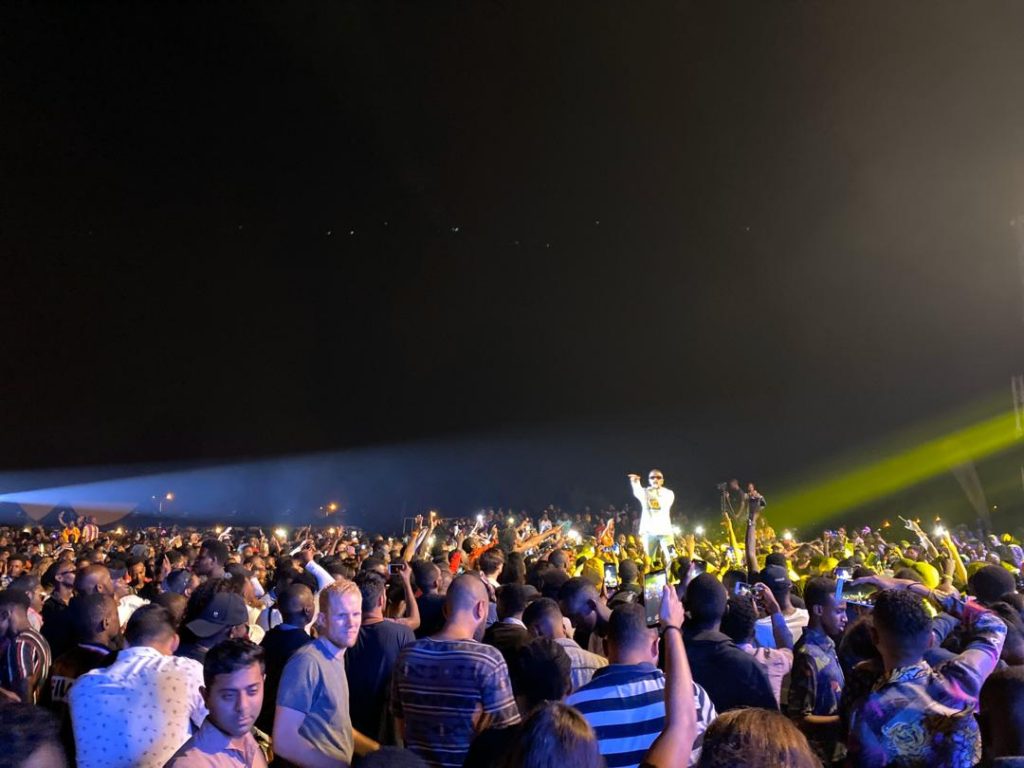 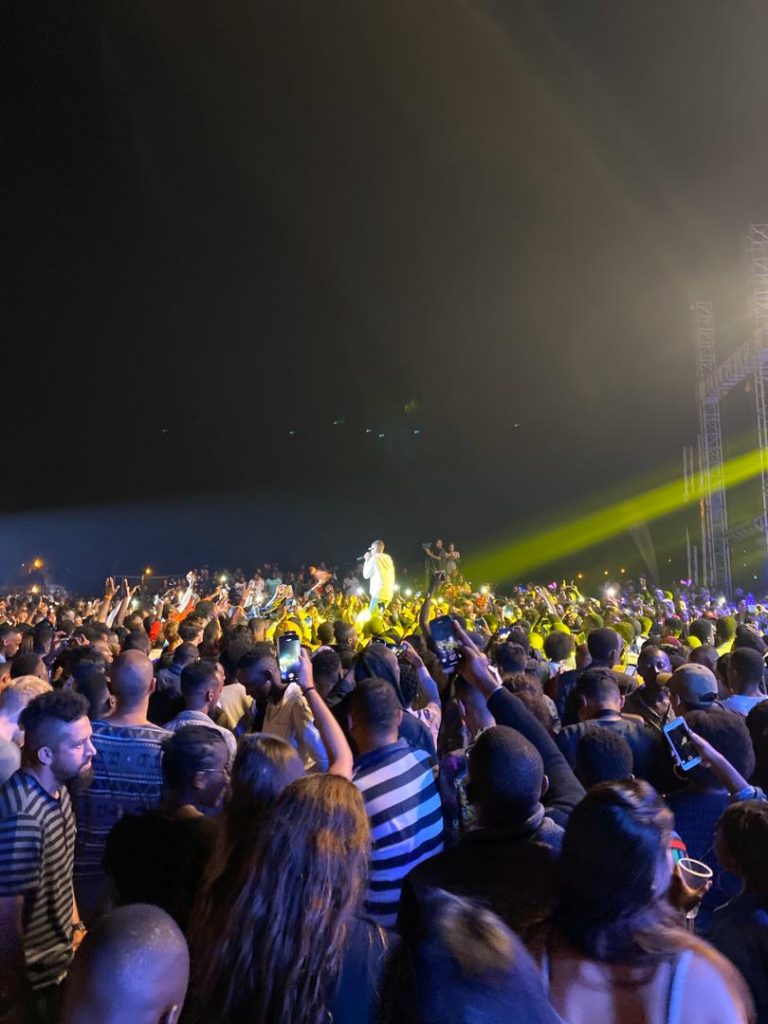 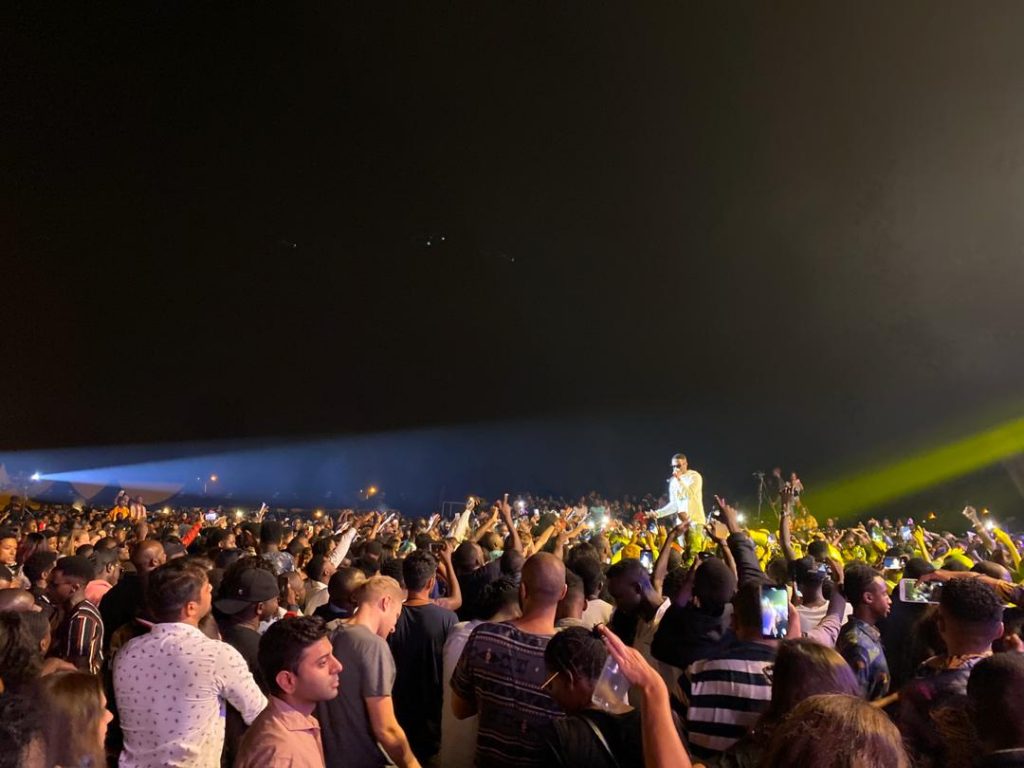 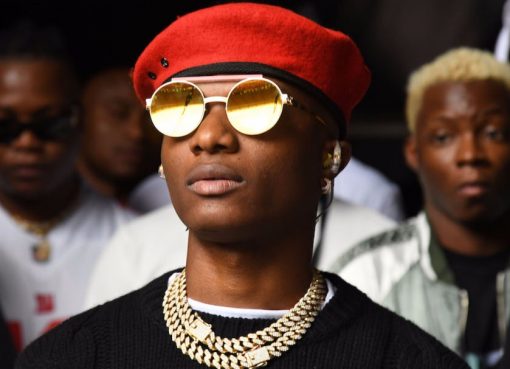 Ugandan Artistes to Collaborate With Wizkid to be Revealed 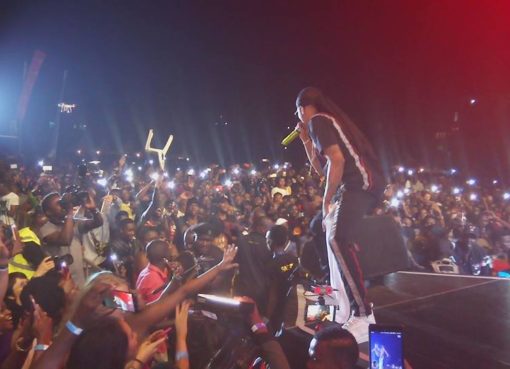 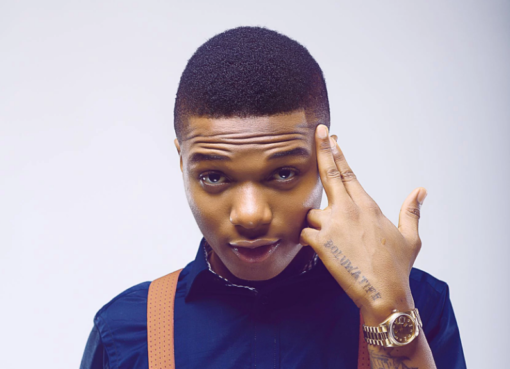