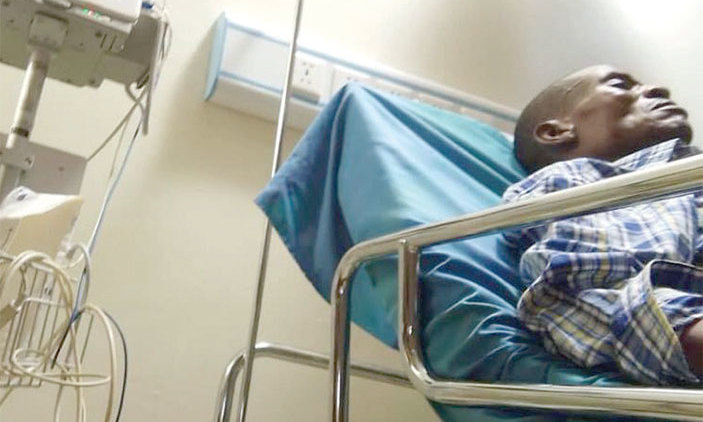 The family of ailing Political Commentator Tamale Mirundi has come out to make a comment on the sickness that has seen the outspoken journalist admitted.

Mr. Mirundi who is also the Presidential Adviser on matters of media is currently receiving treatment at Kisubi Hospital where he has been admitted for close to a week.

Doctors have revealed that he is suffering from typhoid fever and has lung complications.

Earlier today, unconfirmed rumors made rounds on Social Media saying that the ‘Abanyampi’ writer had breathed his last, a report which family scoffed off.

Jones Ssali Sembuya, Mirundi’s elder brother who visited the hospital told local publisher Bukedde that Mirundi’s condition was improving since his admission, asking for prayers from well-wishers and fans.

Sembuya revealed that Mirundi was dehydrated and that he has been on drip since his admission.

“He is being given seven drips (Intravenous fluids) per day,” Sembuya reportedly told Bukedde.

He further said that Mirundi’s sickness was escalated by overworking himself without having ample time to rest.

This website understands that Tamale Mirundi has a number of TV and radio shows which almost take up the whole of his week.

His most famous TV show is “One on One with Tamale Mirundi” that airs every Tuesday on NBS television.

“On Sundays when he should be getting some rest, he is always on ceremonies and consulting for different people.”