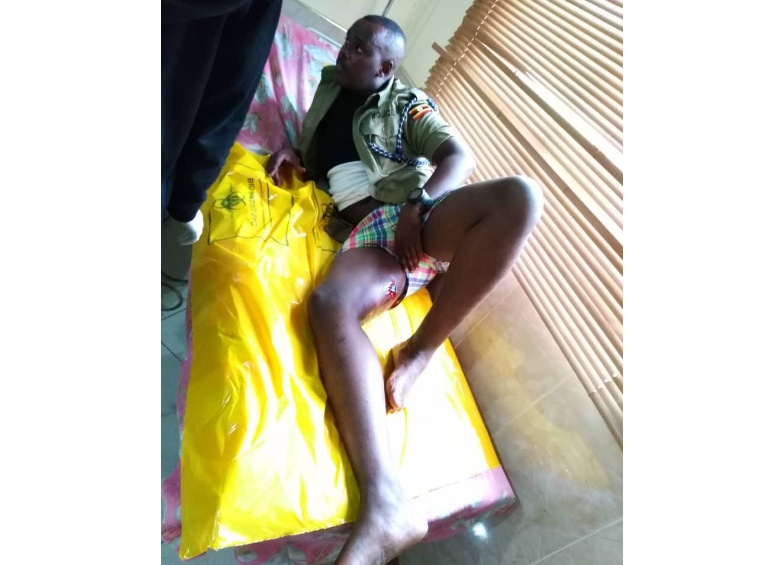 The Officer in Charge of Kasangati Police station Assistant Superintendent of Police (ASP) Patrick Mulinde has reportedly been hit by a stray bullet injuring his thigh, The Tower Post has learnt.

The bullet is believed to have hit Mr. Mulinde during the altercation between the Police and Kyadondo legislator Bobi Wine’s supporters on Monday morning.

Police was trying to stop the Presidential hopeful from meeting crowds which had gathered for his first consultative meeting ahead of the 2021 general elections.

A picture obtained by this website shows ASP Mulinde lying on a bed with a big wound on his right thigh. His pants are off and he is in an underwear.

But this website cannot independently verify whether the wound was caused by a bullet or any other sharp object.