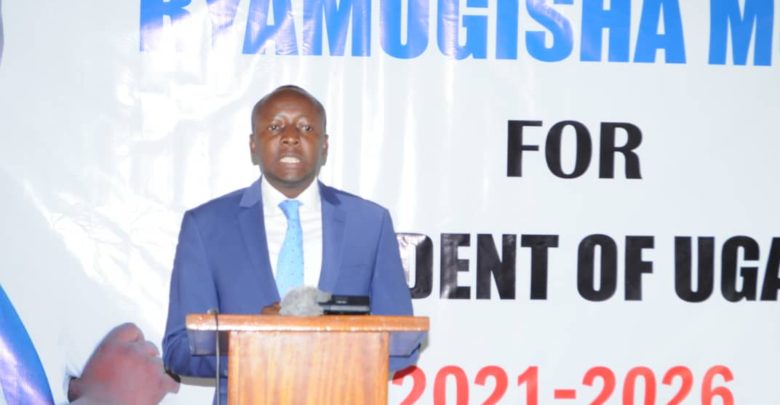 Byamugisha announced his bid at Speke Hotel on Monday. He said he was going to set up a seven-man presidential commission to tackle the post-Museveni era.

“When you are talking about putting a transitional government in place in a country like ours which has been deeply divided along religion, tribe and everything, you are looking at putting together a team where almost every Ugandan can see and say yes I can see myself there,” he told the press.

He says FDC party members might not be able to understand him or back him, but believes they will with time. He say he will seek election as the party flag bearer at the National Delegates Conference.

“As you well know the presidential flag bearer is chosen at the national delegate’s conference. A flag bearer has not been elected therefore I am not FDCs flag bearer.”

It can be recalled that Byamugisha stood for the FDC presidency in 2017, but he lost.