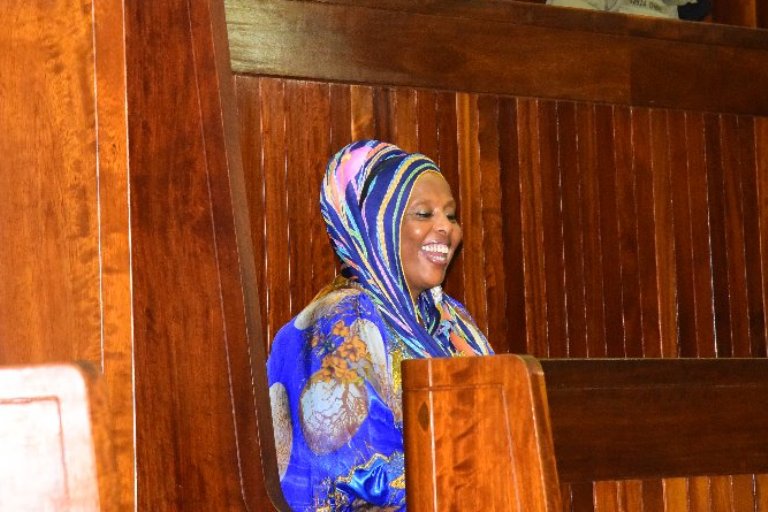 The parliamentary mention follows her recent receipt of an award, ‘Entrepreneur of the Year Africa 2019’ by European CEO Magazine.

Parliament praised Hersi referring to her as a true East African, not only for winning the award but for persistently investing in Uganda and Kenya despite being of Somali origin.  She was credited for creating employment for rural women in Northern Uganda who through her Atiak Sugar factory have become out growers.

“Amina Hersi formed 3000 women cooperatives in the northern region; I went there and launched them” said Hon Amelia Kyambadde, the Minister for Trade, Industry and Cooperatives.

Kyambadde said that government has a stake in Hersi’s Atiak Sugar factory totaling to 34 per cent and that government is confident the project will bridge gaps in employment, skills and market.

The motion to honour Amina Hersi was moved during a sitting of the House on Tuesday, 28 January 2020. in communities where she invests in.

Budaka District Woman MP, Hon Pamela Kamugo said that Amina Hersi has changed the lives of the people in Atiak by involving them in income generating activities.

“She has demobilized ex-combatants, supported households of people living with nodding disease syndrome and now women in Acholi will be assured of incomes as out growers for the sugar factory,” Kamugo said.

MPs from Northern Uganda were happy that Amina Hersi did not take the road trekked by other investors to grab land.

The State Minister for Planning, Hon David Bahati said the work done by Amina Hersi signals the need for government to make a shift in its support to the private sector.

“I want to congratulate Amina Hersi for being hard working and a persistent entrepreneur in this country. We must support the private sector especially in decisions concerning investment in this country,” Bahati said.

The Deputy Speaker, Jacob Oulanyah urged the youth to draw inspiration from Amina Hersi’s story adding that, “Amina’s story should inspire our children that everything is possible if you put your heart to it.”

“One forest in Kayunga called Wamale has been taken; another one hasn’t been taken because I am fighting for it.  I wish Amina Hersi could become an anti-land grabbing champion,” said Nantaba.