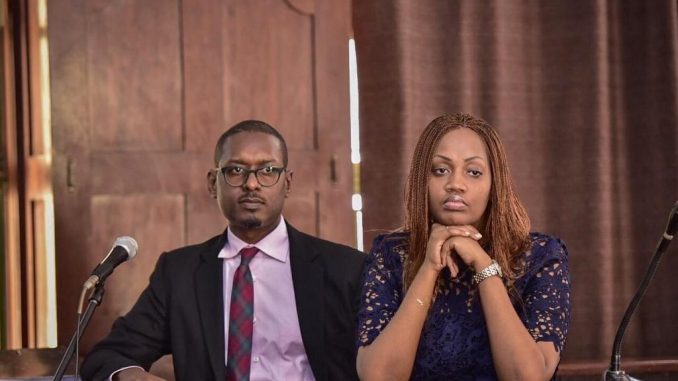 On Thursday, a senior police officer testifying in the murder trial of businessman Mathew Kanyamunyu revealed that investigators have until to date failed to find the gun alleged to have killed Kenneth Akena.

Deogratious Obongo, formerly the Kampala East regional criminal investigations chief told court that a search at Kanyamunyu’s home and that of his girlfriend Cynthia Munwagari was conducted but no gun was found.

“When I was informed about Akena’s death, I and my colleagues formed an investigations team which searched the houses of the accused to recover the firearm but we found none,” Obongo told court.

Defence lawyers refuted claims that Akena died of an alleged gunshot wound as submitted by one witness, a doctor who testified under a pseudo name. In their submission, the lawyers said Akena died due to a surgical operation gone bad. They made an application before court to order witness X produce the handwritten rough notes he made while in the postmortem room.

The defence team is comprised of MacDosman Kabega, Caleb Alaka and Evans Ochieng.