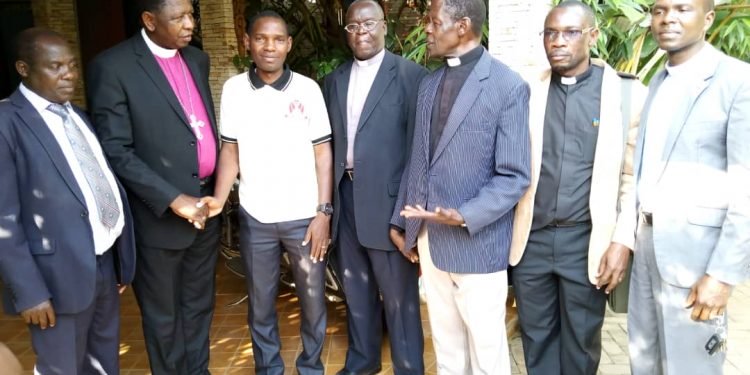 Rev Isaac Solomon Mwesigwa who was allegedly kidnapped on Sunday, has been found, according to Kampala Metropolitan police deputy spokesperson Luke Owoyesgyire.

Rev Mwesigwa was found in Soroti and has been handed over to outgoing Archbishop Stanley Ntagali who is in the area for pastoral activity. He was allegedly abandoned at St Peter’s Cathedral in Soroti town at about 4 am on Wednesday.

Reports emerged on Sunday that Rev Mwesigwa had been kidnapped by unknown people at 9 pm in Mukono and that his car was taken. The kidnappers allegedly tried to drive away with the car a Toyota Raum car Reg. No. UAR 468D, but abandoned it in Sonde, Mukono District after learning that they had been captured by CCTV cameras.

Stanley Sempiira, who described himself as Rev Mwesigwa’s uncle told the press on Tuesday that Mwesigwa had called informing him about suspicious men a few seconds before he was kidnapped.

“He told me some gun-wielding men had stopped him and were not in army or police uniform. Before I could tell him to knock them down, I heard him telling them that he was willing to open for them and they should not smash his car,” Sempiira said.