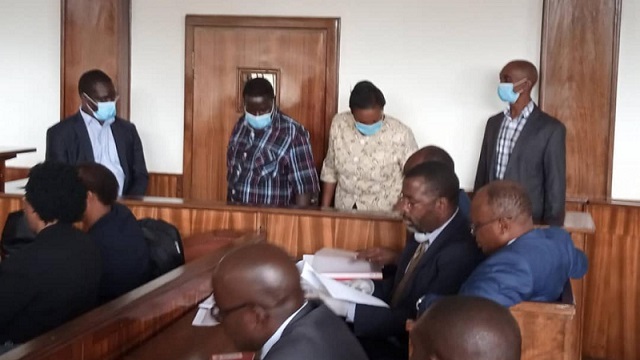 On Tuesday, court remanded the four top officials in the Office of the Prime Minister (OPM) to Kitalya prison. The four were charged with fraudulent practices in connection with the procurement of relief food being supplied to people affected by Covid-19 lockdown. They are said to have been turning down cheaper offers for food supply opting for expensive ones hence raising suspicion. They were as a result arrested by the State House Anti-corruption Committee on the orders of the President.

The four all denied charges against them.

Attempts to secure bail were futile as the presiding Magistrate Olga Karungi declined to hear the accused’s bail application saying she could not hear a lengthy submission during this Covid-19 period.

The Lawyers of the accused protested the decision by court saying that the court was using the lockdown as an excuse to deny their clients their rights.