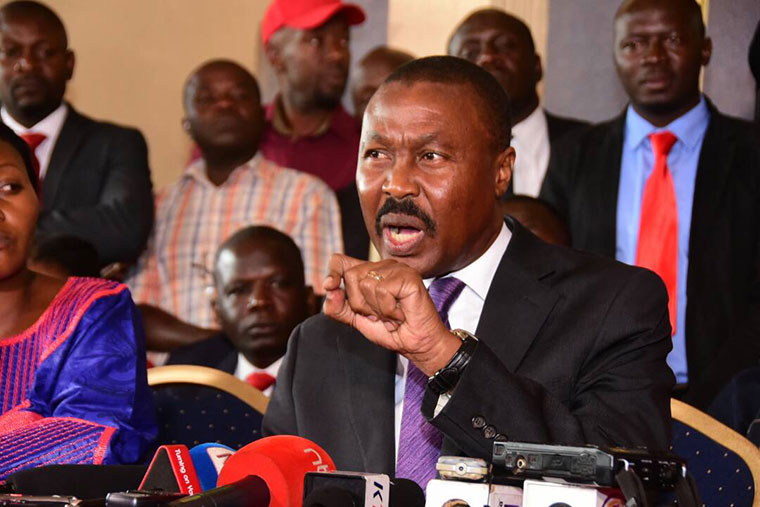 The Alliance for National Transformation (ANT) has released the 2021 general elections road map. The road map was released on Monday, June 22 at the party’s headquarters in Kampala.

Besides the road map, the party also petitioned the Electoral Commission over the 2021 election road map released last week.

Wilberforce Sseryazi, ANT spokesperson said some issues need to be clarified by the Electoral Commission about the road map released on Tuesday.

“We need clarification on the digital mode of campaigns. The biggest population may not have access to digital facilities like TVs, radios, and social media. If we go into that kind of campaign, there is a possibility of disfranchising a huge number of electorates who can’t access digital platforms,” Sseryazi said.

Sseryazi also told journalists that the cost of carrying out campaigns using digital platforms as suggested by the Electoral Commission for the forthcoming polls will be too high and not many people will be able to afford it.

“It would mean, that we have to pay for radio or TV air time and data which could be quite heavy on candidates. The number of candidates from local government through parliamentary and presidency will be so huge that the available digital platforms may not be able to accommodate all of them. We need the Electoral Commission to clarify all these issues,” he said.

“We suggested that we can relax on guidelines so that candidates can access people in controlled environments like town hall meetings with a specific number of people as long as they adhere to the Ministry of Health guidelines,” Sseryazi said.

One of our reasoning is that the government has gone ahead to procure masks for the population. The purpose of it is to allow people to interact safely. The government should have the duty to safeguard people in an election but also be able to guarantee their political rights to vote and access voters,” he noted.

Gen.Mugisha Muntu’s Alliance for National Transformation party has joined a list of many other opposition parties that have publicly protested against the scientific campaigns as announced by the Electoral Commission last week.