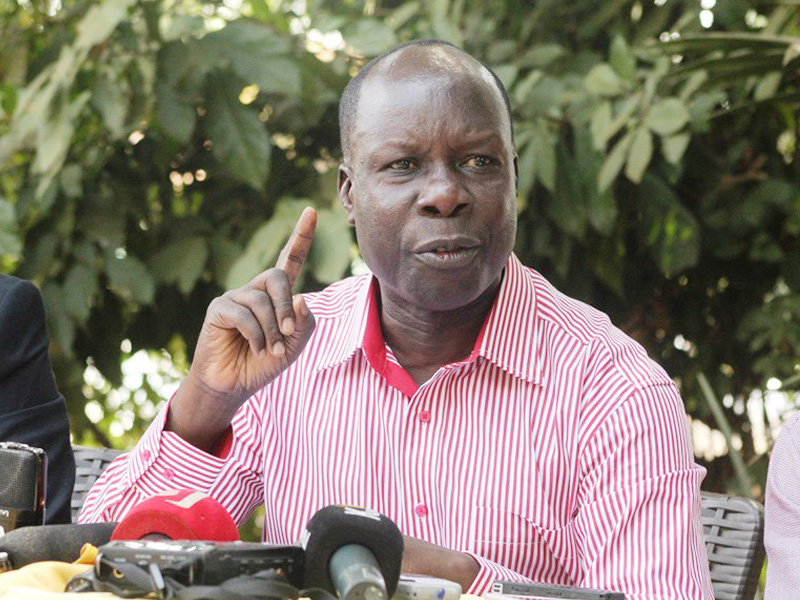 The chairman of the National Resistance Movement (NRM) Electoral Commission, Dr. Tanga Odoi has dismissed social media reports that the Central Executive Committee (CEC) of the party had endorsed an Electoral College as a mode of electing flag bearers in the forthcoming 2021 general elections.

“NRM Electoral Commission has been drawn to information currently circulating on social media that the Central Executive Committee of the NRM endorsed Electoral College as the mode of the election by which the party shall elect its flag bearers for the forthcoming 2020 – 2021 general elections,” Tanga Odoi’s statement reads in part.

“The NRM Electoral Commission would like to categorically state that the above information is false. The Commission shall conduct the party primaries by Universal Adult Suffrage as enshrined in the party constitution,” Odoi adds.

As the election emotions continue to grow, the NRM had endorsed lining up behind candidates as a mode of electing flag bearers. However, this triggered national debate from political pundits and observers with many of them questioning how the party will observe the health guideline of social distancing as one of the measures to contain the spread of COVID-19 pandemic.

The reports that NRM had endorsed Electoral College as a mode of voting party flag bearers surfaced after the CEC meeting which sat on Wednesday last week. The NRM Members of Parliament vehemently opposed the development saying that the Article in the Constitution which says that power belongs to the people had been violated.

Tanga said that the NRM Electoral Commission will release the party’s electoral roadmap for party primaries upon approval by CEC.