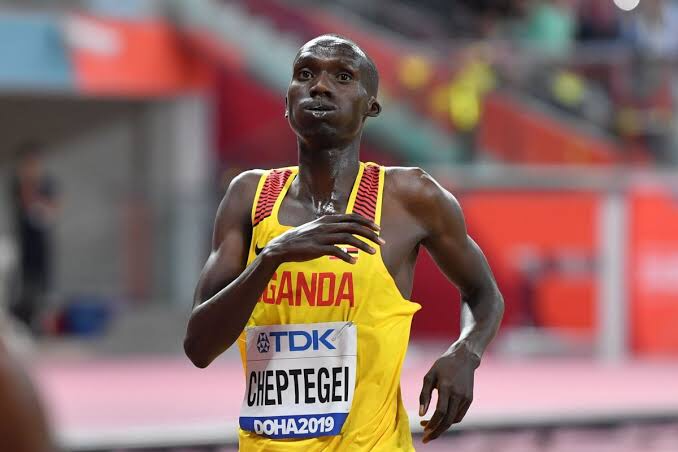 Following his return from France, Joshua Cheptegei will have to spend 14 days in self-isolation. Cheptei broke a 5000m world record at the 2020 Diamond League in Monaco last week.

The athlete will stay in Kapchorwa in a training camp as he prepares for the next competitions in October.

“I will train in the morning and remain in the camp until two weeks elapse then I can fully reunite with my family,”

Cheptegei returned to Uganda by road after landing at the Jomo Kenyatta International Airport in Kenya and was escorted by officials from Uganda’s High Commission in Kenya and Kenya’s diplomatic Police.

He was handed to the Ministry of Education and Sports officials at the Malaba border after which he was led to Kapchorwa.

Cheptegei says he cannot wait to reunite with his family.