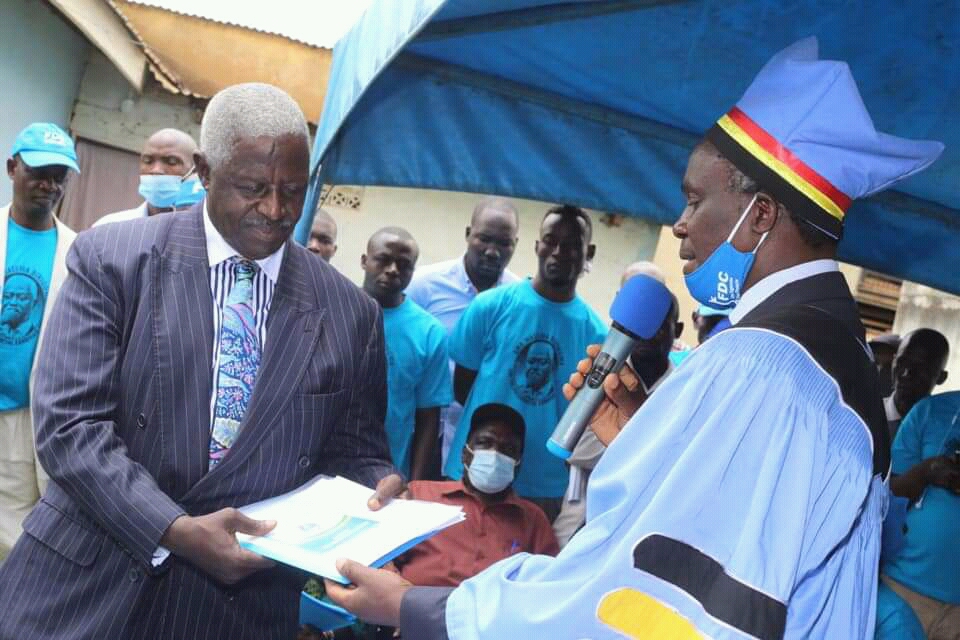 The National Chairperson for the Forum for Democratic Change (FDC) Wasswa Bigirwa has joined the race to run for presidency on the FDC ticket.

Bigirwa picked nomination forms from the FDC offices to hold the party’s flag.

Shortly after getting the forms, Bigirwa said he has the potential to defeat Yoweri Kaguta Museveni in the coming 2021 Elections.

There were, however, posters bearing Kizza Besigye’s pictures despite word that he will not appear on the ballot in this forthcoming election.

FDC party President Patrick Amurait also expressed interest to stand for the same position on Tuesday. He had earlier wished that Besigye stands, saying at one occasion that he, Besigye, would be unopposed if he chose to stand.