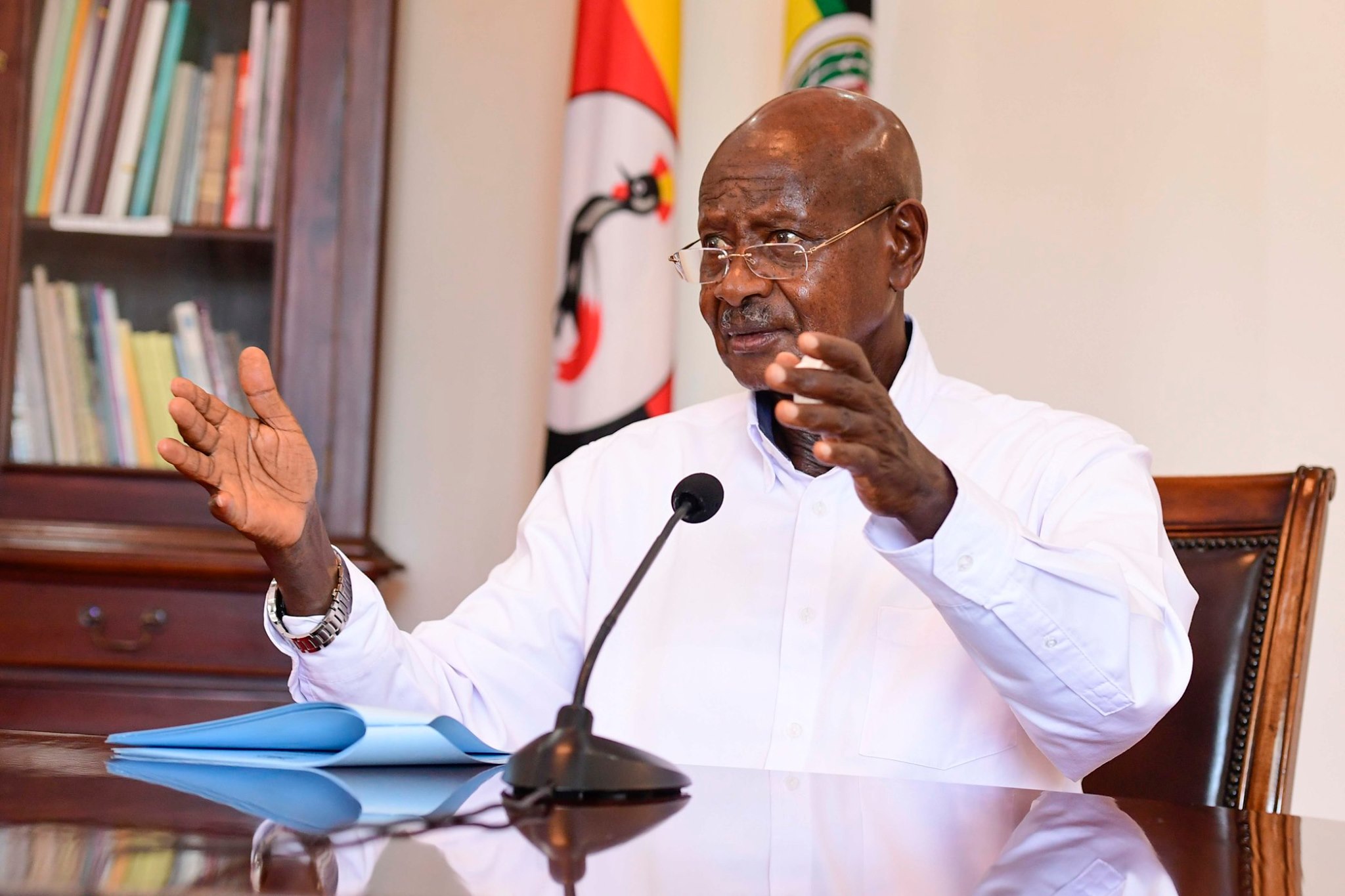 President Museveni who is also the National Resistance Chairperson has spoken out on the outcome of the NRM primaries.

The primaries happened last week and saw many NRM big wigs lose their seats. The elections were marred by violence.

“The other day I sent out a piece about the NRM Primaries where I thanked the NRM members for turning up massively and voting transparently.”

Today, I am back to tell you that as usual, the NRM has finally come to grips with one of the major factors of destabilization in the politics of Uganda.

This is the criminal act of vote-rigging that nullifies the sovereignty of the People. We, who are in the NRM, have been fighting this ever-since 1961- that is 59 years of struggle. The mulyabyengeddes need to know that struggles, sometimes, take long.

The riggings of 1961-62, took two forms: intimidation and vandalism in many parts of Uganda, especially in Buganda, including the cutting of coffee of opponents, as well as massive rigging by multiple voting, ballot stuffing, altering results, gerrymandering Constituencies, etc. The last rigged elections were in April 1962. We never had elections again until 1980.

Before those elections, the NRM forerunners (Fronasa, UPM, UNLF) tried unsuccessfully to close all the loopholes of cheating. Other actors refused to accept our views and since we were not in control, we bided our time.

In 1986, we gained control and in 1989, when we expanded the NRC, we started on the long journey of combating rigging by the following actions:
1. Electoral Constituencies had to always coincide with the existing administrative units (Counties, Sub- Counties) and never ad-hoc Constituencies like in the past;
2. Got rid of the enclosed Polling booths and, instead, put the ballot boxes in the open and these days we are using the transparent ones;
3. We removed the multiple ballot boxes and ballot papers and introduced the single ballot box and the single ballot paper; this got rid of the practice of destroying the ballot papers of the opponent by pouring acid in the box of the opponent or switching labels on the boxes (DP’s symbol of hoe and symbol of palm of UPC);
4. Counting had to take place immediately after voting and the results declared unlike in the past when the ballot boxes had to be exported from Bukhungu on the shores of Lake Kyoga to Jinja before opening and counting;
5. The Contestants could have their agents at the Polling stations to see what was going on;
6. Registers had to be displayed on the Polling Station sometime before polling so that the surrounding villagers identify the non- residents, the dead, those who migrated, the underage, etc.
This could have eliminated rigging and fraud but for two problems: corruption and lack of vigilance by many of the Citizens. The election officials have taken to corruption.

Secondly, especially for the NRM supporters many of whom are farmers, Business people, etc. They have no time to go and check on those registers. This allows the crooks to manipulate the lists.

Then there is the problem of violence, threats, intimidation, and bribes which the Police and GISOs should stop.
However, it has been part of my mission since 1961 to contribute to the ending of votes rigging in Uganda. I, therefore, determined to close those gaps also.

The only way to close this gap that did not depend on the vigilance of the People was the digital verification of the voters using their biometric-data (fingerprints etc.) so that voter registers only once and if he or she tries to register a second time, the Central memory of the system will detect it and block it.

The corrupt team that was in the Electoral Commission refused to procure this system. It is, however, being procured now. This will end this sad story of the anti-democratic forces at least as far as the problem of multiple voting and multiple registrations is concerned. It will also deal with the problem of ballot stuffing because the fingerprints digitally read must be equal to the votes in the ballot box.
The issue of bribery, threats, attacks, etc. is for the Police and the Public to capture the evidence and we deal with those Criminals. These measures would free the voting process of the Country from the crooks.
However, for political parties like the NRM, we cannot have the resources to build such a digital system. Yet, we were being undermined by the corrupt actors that had infiltrated the NRM when we came from the bush. When we came from the bush, we used the method of lining up behind candidates of our choice and it was very transparent.

However, with the 1995 Constitution, it was decided to go to secret ballot even when we were still using the Electoral College system. Then the problems of bribery started. This provoked the pressure to go for universal suffrage but with the secret ballot. Still, the problems of cheating persisted because whatever precautions we took, they depended on human vigilance, which was not always assured.
That is why, recently, at the Chobe CEC Conference, we decided to go for lining up. You have seen how it has succeeded. It is transparent for everybody to see during daylight.
However, the shallow crooks still think they can bribe, can intimidate, can assault or can, even, alter results of the obvious that was witnessed by hundreds. This is an incredible shallowness.

The cheating in the NRM Primaries is over. Those who beat People, like in Bukono, are all in jail or on the run. Minister Rukutana is in jail and will be prosecuted. They will be fully accountable with robust charges: assault, attempted murder, murder etc.

Those who altered results will go to jail on forgery, fraud, subversion etc. and their forgeries will not stand. We do not even have to repeat the elections, except where they were not held. We simply need to audit what happened in each village.
The NRM elections are village-based. They should begin in the village and end in the village. Once the counting is done in the village, the elections are over.

The rest is adding. It will, therefore, not help anybody to miss–add because the original village generated numbers are there and the People who are aware of these numbers are many.

Any other shallow schemes like moving voters on Lorries from village to village are easy to unearth. Those are all crimes for which the perpetrators will be answerable criminally.
‘
This, therefore, maybe the tail end of cheating in the NRM. Even the victims of these schemes should be steady. Just get facts from your village agents (truthful facts); the crooks are wasting their time and ours. The NRM will end rigging in Uganda by the digitalized biometric voter registration and by transparency through lining behind candidates or their photographs within the NRM. Another first for the NRM.”