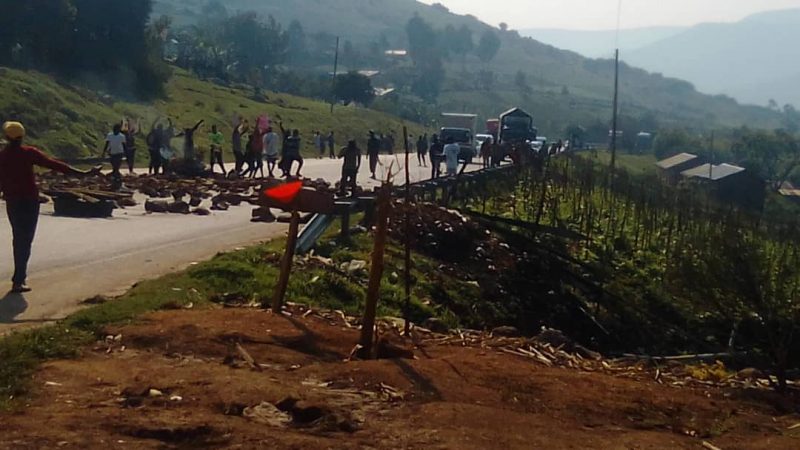 Police has deployed heavily in Ntungamo District, Western Uganda to curb down chaos caused by Hon. Naome Kabasharira’s supporters in the area.

The Supporters have been on the streets protesting against their candidate’s anticipated defeat to Labor Minister Mwesigwa Rukutana in the NRM Parliamentary Primary elections.

Kabasharira had previously been declared winner and flag bearer of Rushenyi Constituency in a vote that was marred with chaos and violence.

But after a recount which is still ongoing, NRM Electoral Commission Chairperson Dr Tanga Odoi revealed that Rukutana was in the lead, a revelation that wasn’t liked by Kabasharira’s supporters.

These would in turn start demonstrations which saw Police swing into action to restore normalcy.

In the protests, Kabasharira’s supporters cut off the Mbarara Kabale highway with logs and stones, blocking all traffic from moving.

As the recounting of votes nears the end, Police has heavily deployed in anticipation for chaos that will follow the final declaration.