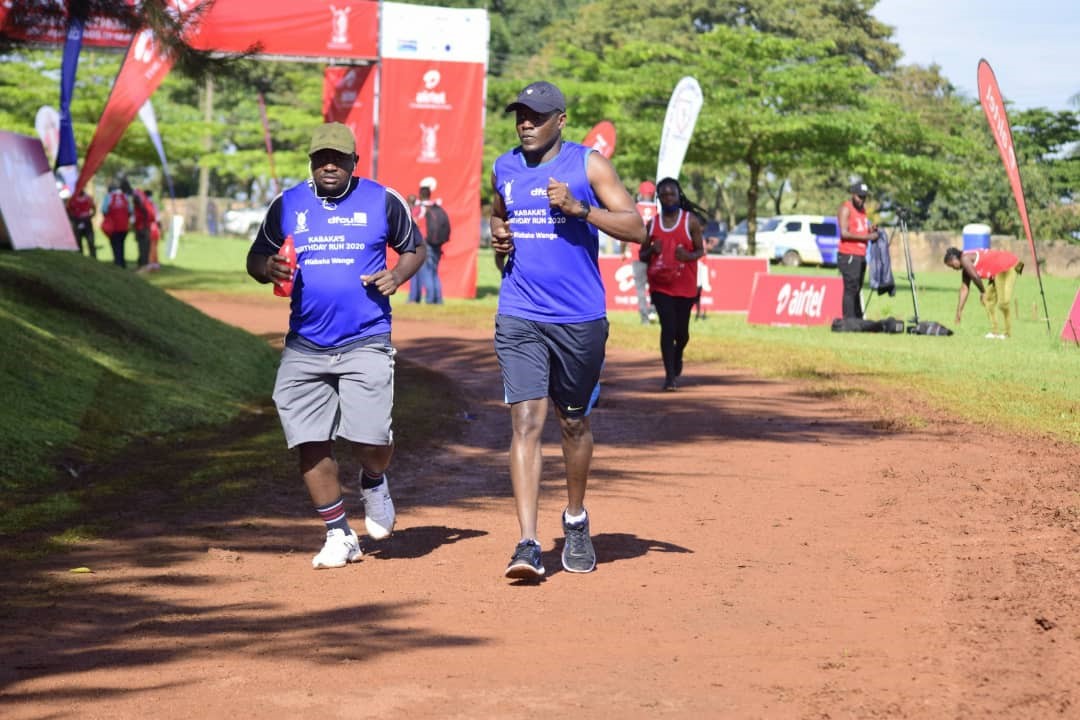 dfcu Bank was among the various participants in this year’s Kabaka Birthday Virtual Run that happened recently at the Buganda Kingdom grounds in Mengo.

As the official banking partner, dfcu Bank took part in its first Kabaka Birthday Run event which was held under the theme ‘Men against AIDS to Save the Girl Child’ and was held virtually for thousands of people in the country and some abroad to curb the spread of Covid-19 as per the Ministry of Health guidelines.

dfcu Bank joined the Buganda Kingdom and various partners to reiterate the importance to end the spread of HIV/AIDS by 2030. The event was flagged off by the Kabaka of Buganda, Ronald Muwenda Mutebi II who emphasized the need to take the fight against HIV/AIDS to the villages to educate the masses, especially the men, about the severity of HIV/AIDS and the goal to end it by 2030.

“I want to thank UNAIDS and all the key partners for ensuring that this event successfully goes ahead, and we shall continue taking the fight against HIV/AIDS forward,” said the Kabaka of Buganda.

Commenting on dfcu Bank’s first participation,  in the Kabaka Birthday Run, Jude Kansiime the Head of Marketing said; “We are glad to be part of our first Kabaka Birthday Run and we believe the theme for this year’s celebrations speaks volumes in regards to the future of the health of our nation. We shall continue closely working with the Buganda Kingdom to ensure that we achieve the goals that have been set out.”

In December 2019, dfcu Bank signed a three-year partnership valued at over UGX, 500,000,000 with the Buganda Kingdom, making it the official Bank sponsor for the annual Kabaka Birthday Run.