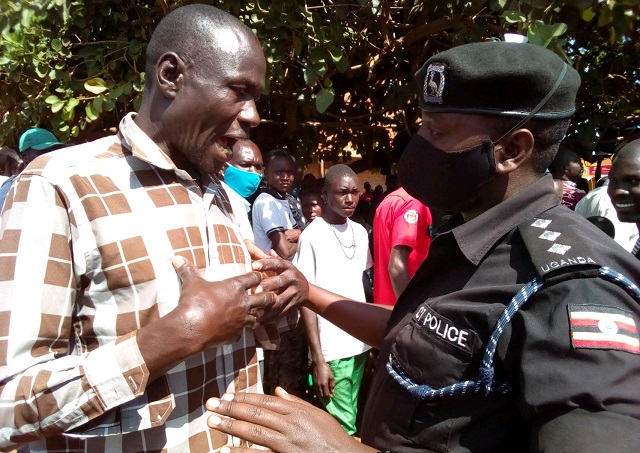 Simon Okot, the LC I of Kamod cell in Kamod town council, Serere district attempted to send away Muntu’s team for failing to recognize him as a leader in the area.

According to Okot, the ANT team should have contacted him as a leader of the village after getting clearance from the Electoral Commission to conduct their campaign rally in Kamod.

Okot argued that he should have been the one to welcome Muntu’s team and introduce them to the residents before any other person could speak.

Okot who was restrained by Muntu’s security detail said that it was improper to ignore the local leadership which he notes are hosts of the communities where candidates seek support.

But Alice Alaso, the ANT National Coordinator who is also contesting for Serere district Woman MP seat faulted the chairman for being partisan. She also noted that the chairman didn’t follow the right procedure in channeling his concern.

Gen. Muntu who later took to the podium promised to restore integrity in the country if voted into power next year.