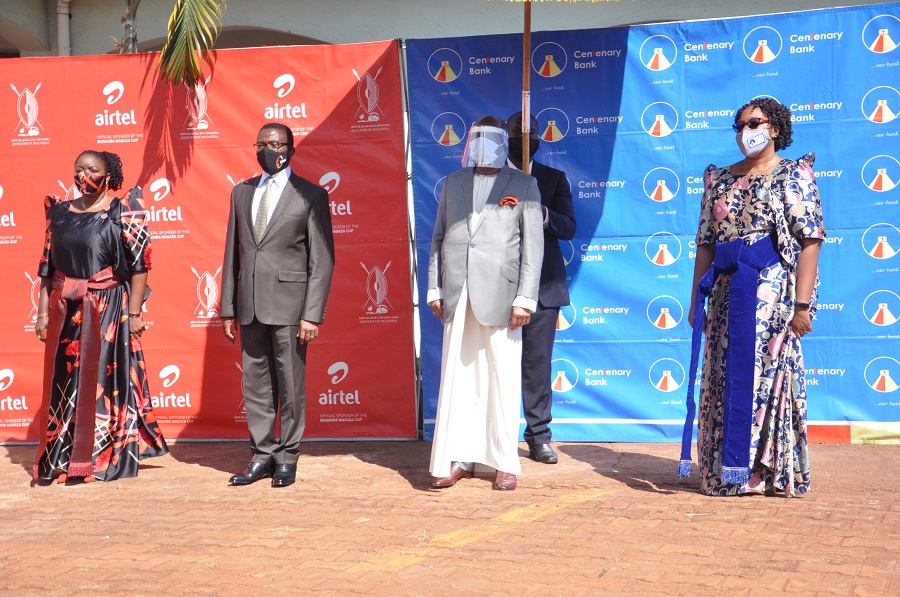 This year’s tournament was graced by His Majesty the Kabaka of Buganda, Ronald Muwenda Mutebi II who was also accompanied by Katikkiro Owek. Charles Peter Mayiga, Buganda Sports Minister Owek. Henry Sekabembe and Airtel Uganda’s Head of Brand and Communication, Remmy Kisakye among other guests.

The opening match between the defending champions Bulemeezi and counterparts Butambala ended in a 1-1 draw after a tightly contested game.

Unlike previous years, the 2020 tournament is being played under strict Covid-19 regulations and behind closed doors. The tournament will go on for 35 days with some breaks. The finals will be played on 22nd January 2021.

The Airtel Masaza Cup is an annual Buganda Kingdom tournament that has been played since 2004 and usually features 19 teams from 19 different Buganda Kingdom regions. This is the fourth consecutive year that Airtel Uganda is sponsoring the tournament as the title sponsor since an agreement was signed between the telecommunications company and the Buganda Kingdom to boost talent among the youth and mobilize people to participate in kingdom development programs using football.

The tournament that should have kicked off in July 2020 was postponed due to the COVID 19 pandemic.

Speaking after the opening match, Remmy Kisakye said; “The tournament organisers have managed to make sure that all SOPs are being followed and we have witnessed this from the team preparations to the players. I would like to congratulate the organisers and players for ensuring that they always put up a good show during this tournament. We wish the teams all the best and hope they continue to follow all the safety measures we have set.”