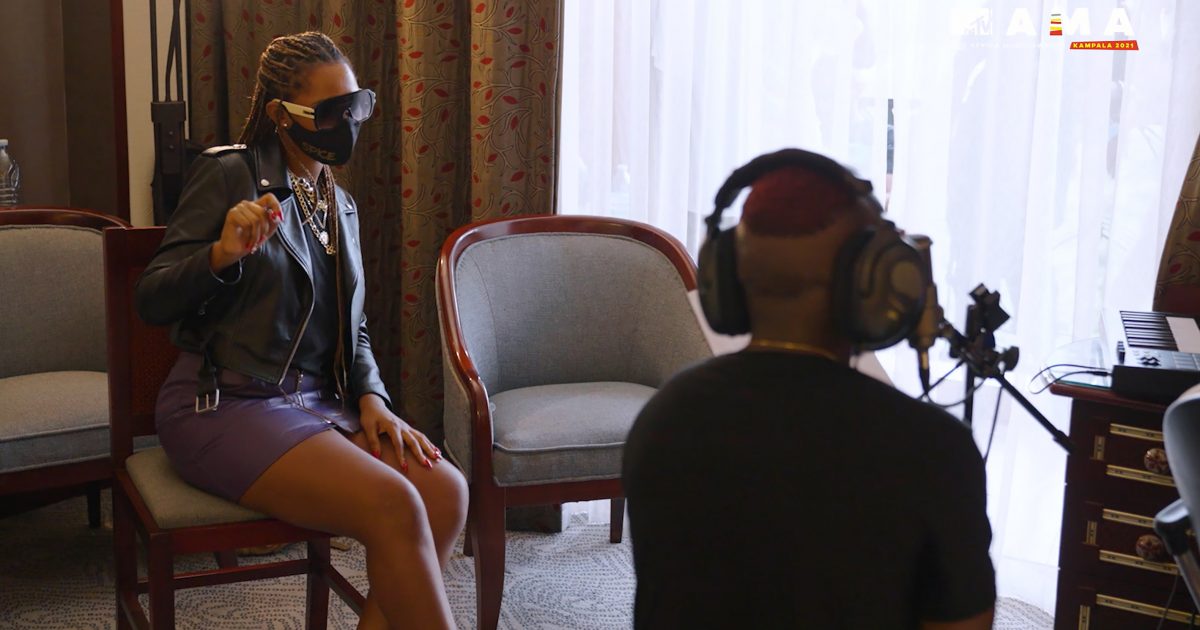 MTV Africa Music Awards Kampala 2021, in partnership with Uganda, The Pearl of Africa, inspires musical collaborations and unites artists from across the continent. On their recent trip to Kampala, Kenyan superstars Sauti Sol met with songstress Spice Diana, recently nominated in the Best Ugandan Act category, as part of the Road To MAMA campaign.

As part of their Road To MAMA experience in Kampala, Spice Diana also took Sauti Sol on a scenic tour to the Nakulabye neighbourhood, to show them where she grew up, the hardships she overcame and the inspiration that came from her early years in the city, concluding with delicious local cuisine, a “Spice Diana” rolex in Jinja for lunch.

Sauti Sol was in Uganda as part of a film shoot for the upcoming MTV Base “Road to MAMA” TV series, a three-part show, leading up the MAMA Kampala 2021 main show, that will air on 16 January, 30 January and on 13 February at 22:00 EAT, showcasing the beauty and diversity of the country, in partnership with Uganda, the Pearl of Africa.

The MAMA has always fostered a culture of musical unity, cultural exchange, collaboration and upliftment across Africa and the globe. As part of the MTV Africa Music Awards Kampala 2021 campaign, a series of skills exchange music workshops are set to take place in February,  next month, bringing together aspiring and experienced musicians from Uganda and the continent.

The MTV Africa Music Awards Kampala 2021 will be hosted virtually in partnership with Uganda, the Pearl of Africa on 20 February 2021 at 22:00 EAT. The award show has a Best Ugandan Act category for the first time and six remarkable musicians have been nominated in honour of host country talent. These include Sheebah, Bebe Cool, John Blaq, Vinka, Daddy Andre and Spice Diana.