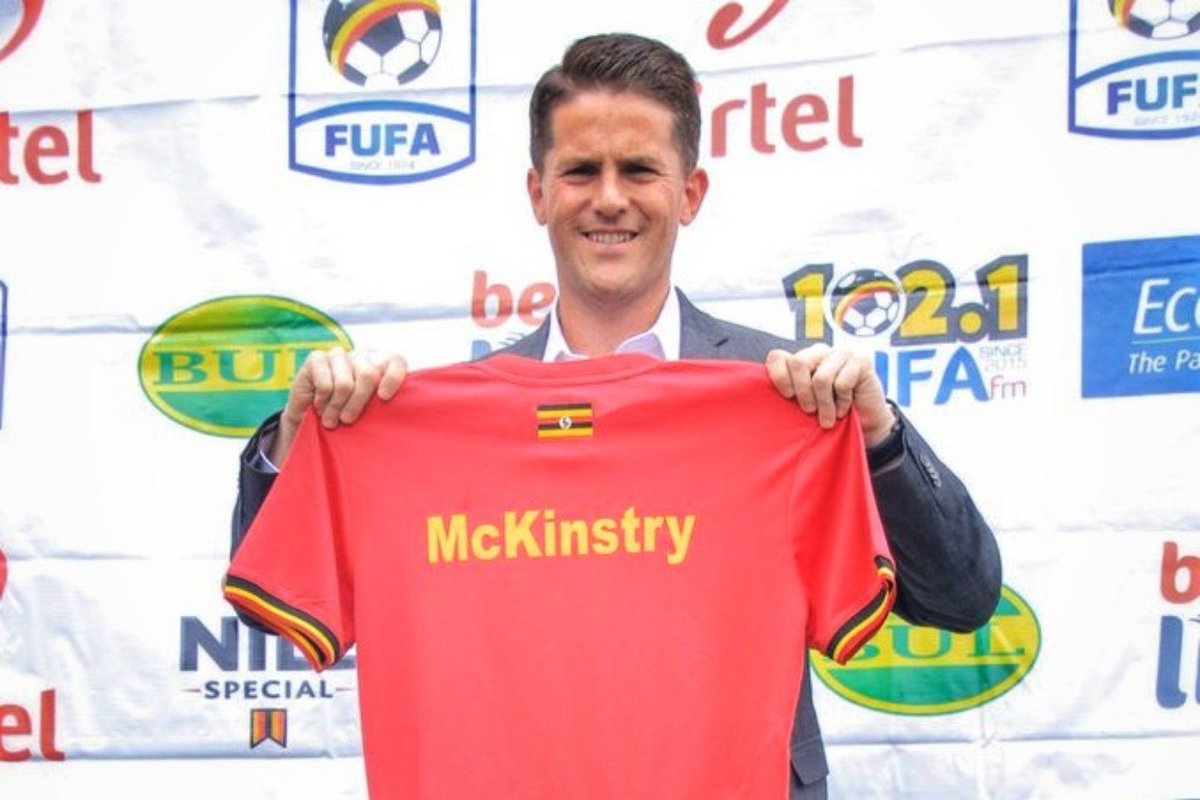 The Federation for Uganda Football Associations – FUFA has asked Uganda Cranes head coach Johnathan McKinstry to step aside from managing and coaching the National team for a period of one month.

This was revealed on Tuesday March 2nd via the FUFA website.

“The FUFA Executive Committee has asked the Head Coach of the National Senior side-The Uganda Cranes Mr. Johnathan McKinstry to step aside from managing and coaching the team for the period from 2nd- 31st March 2021,” the Federation wrote.

“In the meantime, Assistant Coaches Mr. Mubiru Abdallah, Mr. Mbabazi Livingstone and goalkeeping coach Mr. Kajoba Fred will take charge of the team during this period,” they added.

“The rest of the Technical team remains unchanged.”

FUFA’s decision comes at the backdrop of a poor performance from the team, after a slow performance against South Sudan.

The Cranes struggled to get a 1-0 win against South Sudan at Home in Afcon qualifiers and lost to the Northern neighbours in neutral grounds in Kenya.

On March 24th, the National Team will play host to Burkina Faso at St. Mary’s Stadium in Kitende before visiting Malawi, five days later in their final qualifying game.