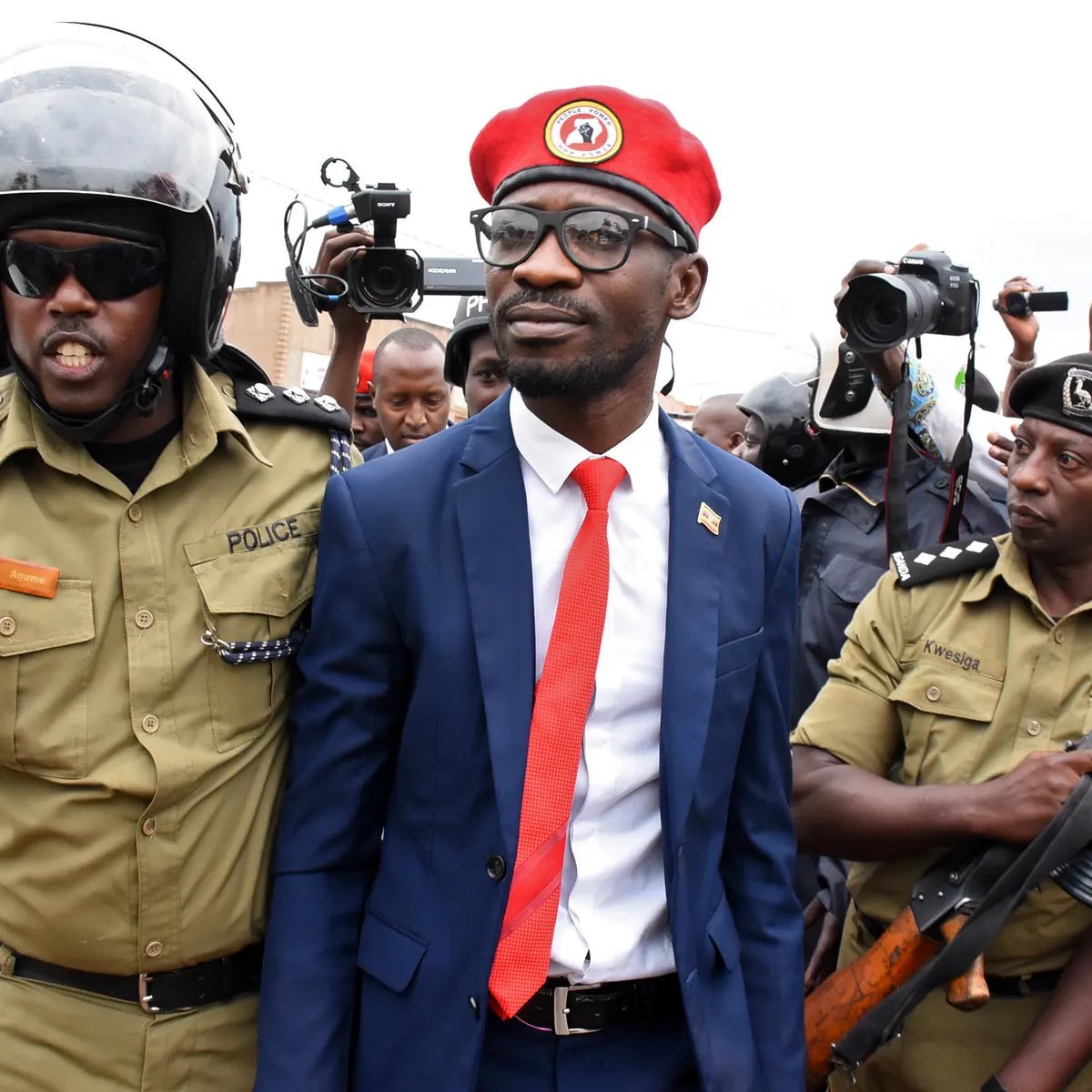 Bobi Wine who was arrested on Monday morning together with eight other colleagues has been dropped at his home in Magere while the others were also dropped at their specific homes.

According to Police spokesperson Fred Enanga, Bobi had been arrested for holding an unlawful protest on the streets and was temporarily held at the Kampala Central Police Station.

Bobi Wine who claims to have won the January Presidential elections by 54% together with his colleagues say they were protesting against the kidnap, torture and continued harassment of his supporters.

Last week, he called upon the country to engage in peaceful protests demanding their victory which he claims was robbed from the people.

The protests however had not began and a week later, he had to hit the streets himself.

According to information posted on his social media accounts, Bobi Wine’s home is currently surrounded by Police and army officers.