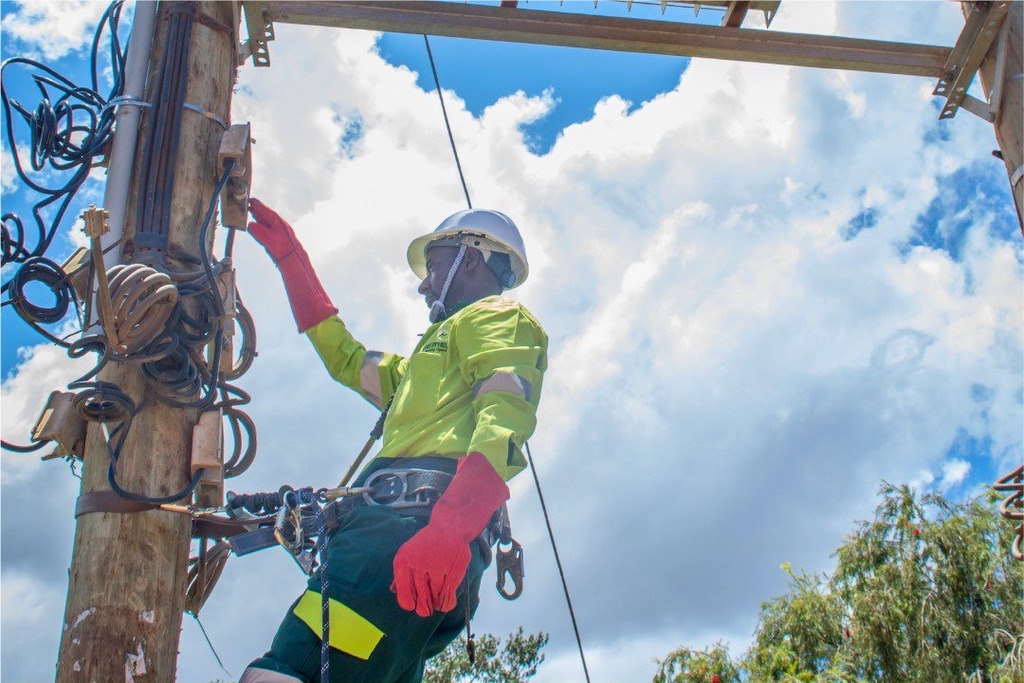 The huge fall in the profits is largely attributed to the effects of covid 19 over most of the year, which saw the government shut down most of the economic activities for three months from April to June, before starting to gradually ease the lockdown.

According to the 2020 financial results, there was a decline in total revenues by 7%, with electricity sales declining by 3%, on top of the government’s suspension of the Electricity Connection Policy in December.

By June, Umeme had already stopped implementing the policy June because the government had stopped releasing funds to the distribution companies that were implementing it, and these had accumulated to about 100 Billion Shillings.

Revenues under the ECP fell by almost three quarters to 54 billion shillings, compared to 190 billion the company received in 2019.

The free connections resumed this month after the government secured funding from various lenders for a phased implementation.

On Monday, Umeme, through the Uganda Securities Exchange informed the market of the likelihood of a fall in profit by more than 60%, attributing it to the effects of the pandemic, suspension of the ECP as well as what they called regulatory lag.

“Shareholders and potential investors are advised to exercise caution while trading in the Company’s shares. The Company is optimistic that the recovery in the business environment as Government’s response to the pandemic will support stronger operational and financial performance in the year ahead,” says the statement by the company secretary, Shonubi, Musoke & Co. Advocates.

The decline in the other revenues was mainly due to the closure of industries during the lockdown, while others reduced the number of working hours, which led to lower demand for electricity.

There was a 16% increase in the consumption of a few large industrial customers which reportedly increased output due to demand for their products like still, when imports stopped coming in due to closure of borders, according to Umeme Managing Director Celestino Babungi.

The financial statements also show an increase in the cost of operations by 6%, mainly driven by the repairs of equipment and networks, as well as implementing the standard operating procedures against covid 19.

The company says that they are fast-tracking the migration of operations from manual to ICT platforms and this will enable them to cut costs further.

This was used to partly fund new investments, dividends and other financial obligations.

It adds that they also converted 168,000 customers to prepaid metering, bring the total to more than 96% of the total consumers to Yaka.

The company also hopes that the government’s response to the pandemic and the vaccine rollout will lead to further economic recovery and improve the operating environment.

They also pray for the conclusion of the licensing renewal process in the company’s favour.

“The resolution of the concession extension beyond 2025 is fundamental in unlocking long-term capital for investment in the distribution network to evacuate new loads, increase access, improve the quality of supply and reduction of technical losses,” says Bitature.

On Monday, Umeme and the police re-launched a countrywide operation against electricity theft and illegal connections, which they say have an economic cost to the company of 100 billion shillings per year.

These acts also resulted in losses of 17.5% of the total electricity supplied.