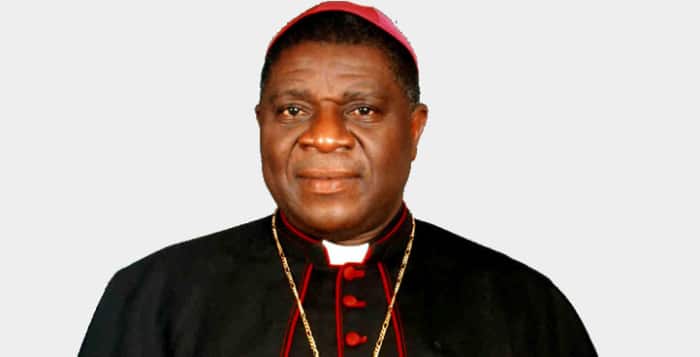 Pope Francis has named Bishop Paul Semwogerere the Apostolic Administrator of the Archdiocese of Kampala, The Tower Post reports.

Semwogerere who has been the Bishop of Kasana Luwero diocese replaces the late Dr. Cyprian Kizito Lwanga who died on Easter eve.

According to postmortem reports, Archbishop Lwanga died of ischemic heart disease, a condition which he had been struggling with.

The news of Semwogerere’s appointment was announced by Luigi Bianco, the Papal Nuncio to Uganda on Thursday afternoon.

Who is Bishop Paul Semwogerere?

He attended Kigero Primary School before transferring to Kisubi Boys Primary School. He then studied at St. Maria Goretti Senior Secondary School Katende, where he completed his O-Level studies.

In 1976, Ssemogerere and seven other young men became pioneer students at St Mbaaga Seminary at Ggaba. This was the first class of this seminary, which specialized in admitting men to train as priests when they are older than usual, and without attending minor seminary.

In 1978, the late Cardinal Emmanuel Kiwanuka Nsubuga sent Ssemogerere to the Saint Francis de Sales Seminary, in Milwaukee, Wisconsin, in the United States, where he graduated with a Master of Divinity degree in 1982.

On 21 November 1981, he was ordained a deacon by Archbishop Rembert George Weakland, the Archbishop of the Roman Catholic Archdiocese of Milwaukee.

Semwogerere served as a priest in the Roman Catholic Archdiocese of Kampala, until 4 June 2008 when he was appointed bishop of Kasana-Luweero.

His predecessor at the time was Cyprrian Kizito Lwanga who has gone ahead to succeed as the apostolic administrator of Kampala Archdiocese.