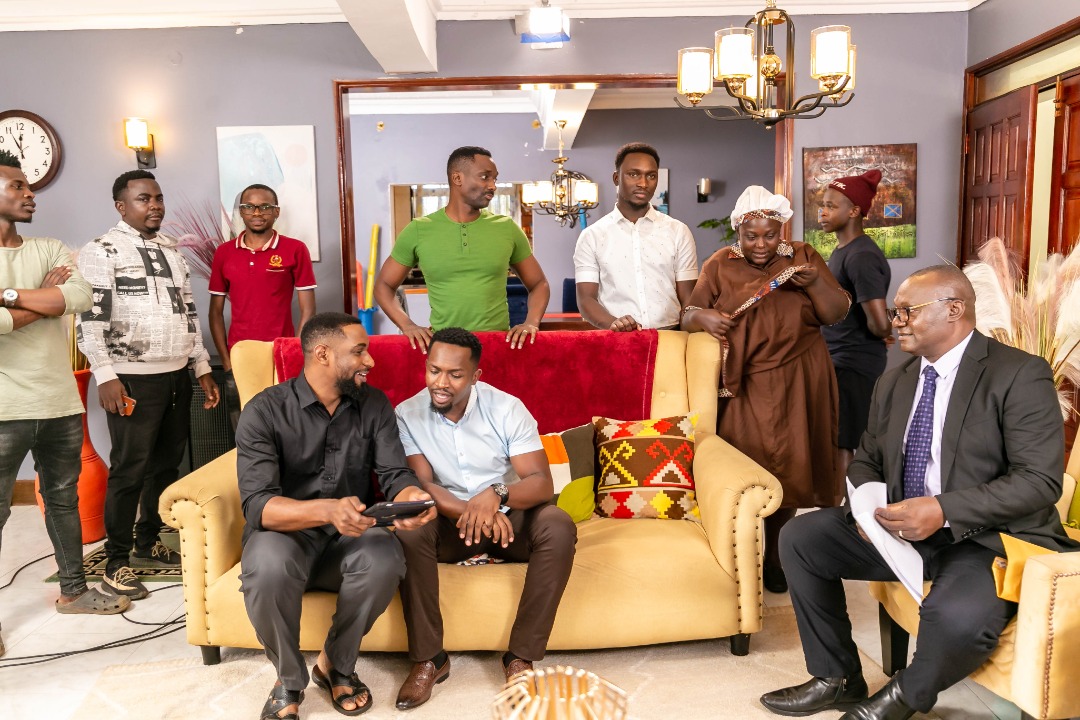 As the world was brought to its knees by the novel corona virus last year, it was a silver-lining for a few persons in the pearl.

As you may know, this virus forced the nation into a lockdown and with people home, MultiChoice Uganda noticed a vacuum on TV and through one of their many cries for content, Sanyu was born.

Sanyu, tells the story of an innocent, rural teenage girl that is forced to leave her family and her pursuit for education to do a maid’s job in the city. Fate pulls her to a complex, wealthy urban family, The Kirunda’s. The character, played by Tracy Kababito falls for the young son of her employer as the drama unfolds.

On 20th May Nabwiso Films in conjunction with Multichoice Uganda provided the press with a chance to experience the shooting of famed telenovela. The event dubbed Sanyu Press Tour saw a team of various entertainment critics snake their way to the gated neighbourhood of Mutungo, a Kampala suburb, where the shooting takes place.

Under the guidance of legendary film director Matthew Nabwiso, the team was taken round the Kirunda residence that interestingly hosts the Batte’s. Hats off to the editorial team.

Mr. Nabwiso commended multi choice for investing in their idea and he giving them hope during the lockdown when everyone else wasn’t working.

“Sanyu has created job security for these actors in that they are always working. Previously, actors weren’t proud of their occupation as they weren’t earning well but that’s all changed with the help of Multichoice.” Mathew Nabwiso.

One thing most critics have accepted is Sanyu has defied the odds of Ugandans paying for online content. Since showmax was launched in Uganda, the number of viewers has skyrocketed with majority of them locked to the 30 minute episodes of Sanyu’s debut season. It’s these ratings that informed the decision to renew it for a second season which will be out by end of June.

The show that puts the privileged and underprivileged at crossroads over love has a cast of new kids on the block blended with much needed experience.