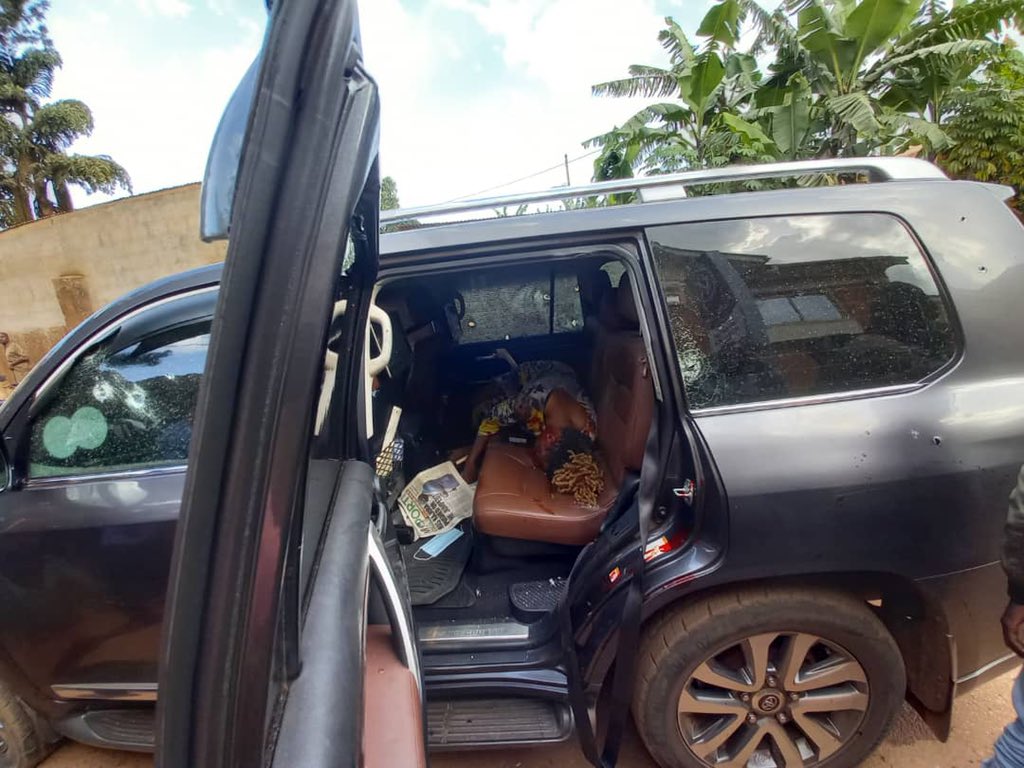 The daughter of former Chief of Defense Forces Gen Edward Katumba Wamala has been confirmed dead following an armed attack on his convoy.

The gunmen intercepted General Katumba, who was being chauffeured in his vehicle registration number H4DF 2138 and sprayed it with bullets.

Although the General survived the attack, it was a fateful day for his daughter identified as Brenda Nantongo and his driver Haruna Kayondo who died on the spot.

“The bodies of the two are still in the vehicle that is still at the crime scene,” said an eyewitness.

Ms Nantongo recently escorted his father to Parliament as he was taking oath of office as one of the UPDF representatives in parliament.

Katumba who sustained injuries on both of his shoulders is currently at Medipal where he is receiving treatment.