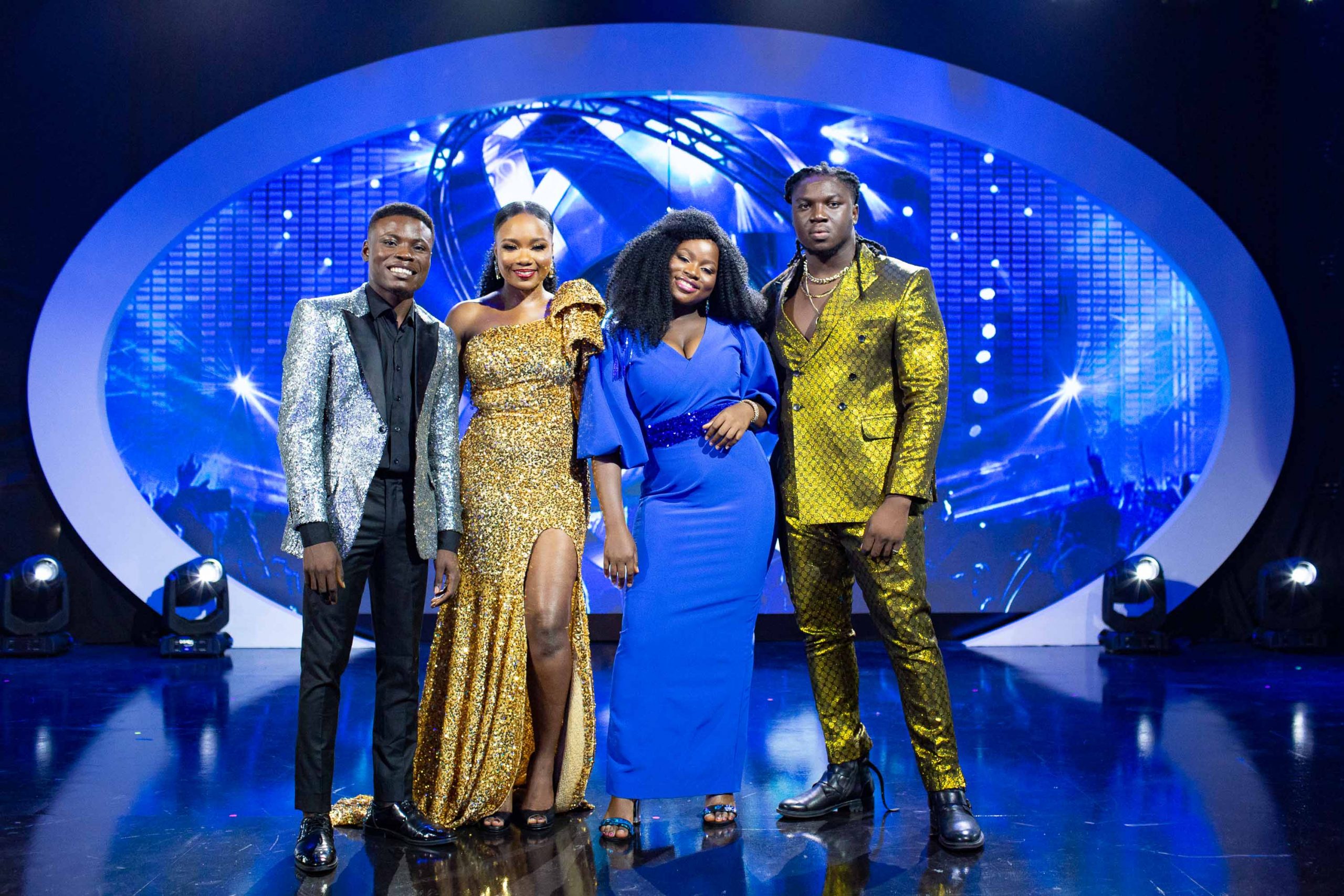 After their joint performance of ‘One Love’ by the legendary Bob Marley, they all waited to find out which one of them had advanced to the next round of the live performances. Unfortunately, another of Seyi Shay’s favourite contestants, Faith Jason, left the show after failing to gather enough votes to land him a spot in the top four. The 25-year-old had caught the attention of viewers after Seyi Shay stood up to present him a golden ticket during the live auditions.

The other four contestants went on to prove to the judges and the viewers why they deserved to remain in the show.

Atela Francis was the first of the five to make it to the top four. He sang Bob Marley’s evergreen tune, ‘Nuh Woman Nuh Cry’, which earned him praises from guest judge Praiz. He dazzled the judges with his second performance singing another classic, Marvin Gaye’s ‘Sexual Healing’ which earned him more praise with Praiz remarking on his exceptional versatility.

Akunna was the second contestant to enter the top 4. Her first performance was 90s chart-topper, ‘It Wasn’t Me’ by Shaggy. Seyi Shay commended her and added that she wouldn’t be surprised if the 23-year-old lawyer won the show. Her second performance was a rendition of “Fire To The Rain” by Adele. Obi Asika complimented her voice saying it was one of the strongest voices in the competition.

Comfort Alalade was also lucky enough to garner enough fan votes to get a spot in the top 4. But, her reggae performance was disappointing and all the judges gave strong criticism. However, her version of Carol King’s ‘Natural Woman’ made up for her previous performance.

In yet another tough eviction, Kingdom beat Seyi Shay’s favourite Faith Jason to earn a spot in the top 4. Although the judges were sad to see Faith Jason go, their sadness was quickly set aside when Kingdom gave a spiritual performance of Majek Fashek’s ‘Holy Ghost’. He followed his astounding performance with another show-stopping rendition of James Brown’s ‘A Man’s World’. The second performance earned him a standing ovation from the judges. Praiz called him a star. DJ Sose, still in shock from the performance, told him the universe was his oyster and Seyi Shay added that his performance just showed Nigerians why he made it to the live shows and why he had gotten so far.

Remember to vote for your favourite contestants if you want to see them among the top four The power to determine who stays and who leaves is solely in the hands of the viewers. Voting on Nigerian Idol is via the website, mobile site, MyDStv, and MyGOtv apps and via SMS, which is available only in Nigeria. You can vote for your favourite contestant via the Africa Magic website, www.africamagic.tv/nigerianidol, and the Africa Magic mobile site by selecting contestants of your choice and entering your number of votes, and click VOTE. Voting via these platforms is limited to 100 votes per user. MyDStv App and MyGOtv App votes are free and votes are allocated based on your subscription packages.