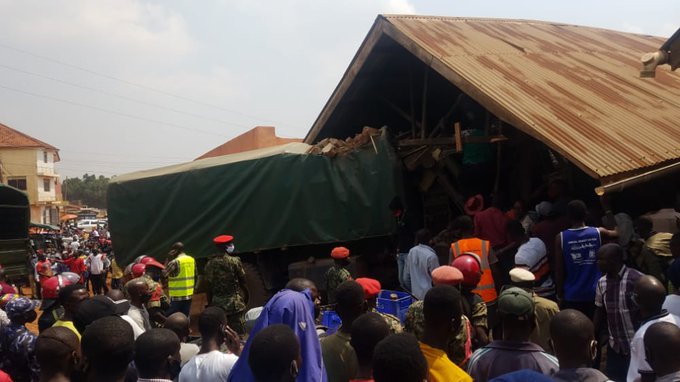 A child and a woman have been killed after a truck belonging to the Uganda People’s Defence Force – UPDF rammed into a house in Makindye, Kampala.

According to preliminary reports, the child died on while the woman died while she was being transported to the hospital.

Another four people sustained injuries in the accident and have also since been taken to the hospital for medical attention.

This video by NTV Uganda shows the army truck being pulled out of the house into which it rammed.

The UPDF is yet to make a comment about the issue.