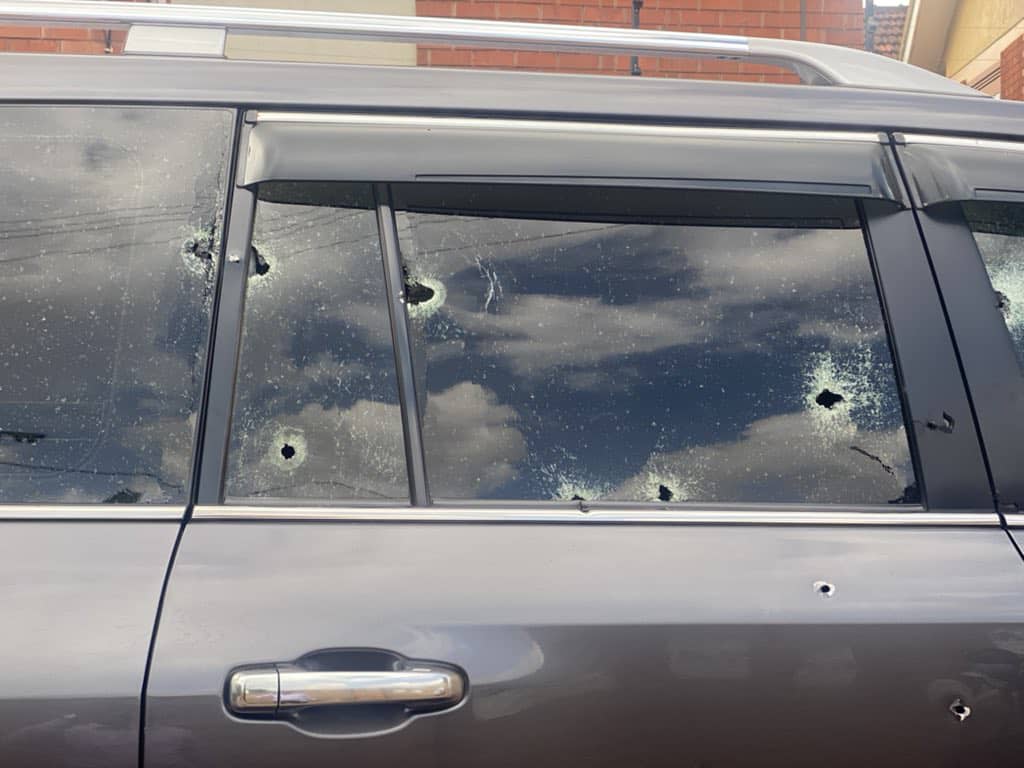 The suspects picked up in connection to the shooting at the former Chief of Defense Forces-CDF, Gen Edward Katumba have reportedly told the joint investigations team that they trailed him for over six months.

Assailants attacked Gen Katumba’s official vehicle along Kisota road and sprayed it with bullets on June 1, 2021, killing his daughter Brenda Nantongo and driver Haruna Kayondo on the spot. A combined team of officers from the Chieftaincy of Military Intelligence, Crime Intelligence and Joint Anti-Terrorism Taskforce-JATT have so far arrested several suspects in connection to the attack which saw Gen. Katumba escape with gunshot wounds.

Although the Deputy Inspector General of Police, Maj Gen Paul Lokech, who is the overall supervisor of the joint investigations team said only two suspects were killed, locals in Kanyogoga where the alleged guns were recovered have put the number of the dead to four. Now, some of the investigators say the suspects have revealed that they studied and trailed Gen Katumba from December last year up to June 1st this year when the attack took place between 8:47am and 9am.

Police spokesperson Fred Enanga confirmed the new development, saying the suspects who are described as part of the rebel Allied Democratic Force-ADF terror cell, had put the four-star General on their list for a long time and started trailing him the last month of 2020. In response to the president’s claim that Gen Katumba’s attack was politically motivated, Enanga said since the suspects are running terror cells, it is enough to explain the political aspect. In addition, security insists the assailants have been receiving money through the western union for their activities.

When asked about the ongoing information that four suspects have been shot dead, Enanga said Maj Gen Lokech will soon update the country on the progress of investigations.

“Investigations where you have domestic terror cells that have been reactivated take time. Just look at how the gun left Kisasi to Nansana to Maganjo to Matugga up to Namuwongo. We are still trying as much as possible to establish the lines. The DIGP [Lokech] will give an update. Where you find death has occurred in the pursuit because we have had hot pursuit, you hand over the body to the relatives,” Enanga said.

On Friday last week, Gen Lokech said two suspects namely Hussein Lubwama alias Master and Mustafa Ramadan Kawawa alias Amin had been killed. He explained that Master was put out of action when he fought the security forces. Lokech also claimed that Amin was shot while trying to run away from the home of Juma Saidi in Namuwongo where two SMGs and a pistol were recovered.

Nevertheless, information available indicates that Juma Serwadda who led security to Saidi’s home was shot shortly after the guns were recovered. The operatives bundled Saidi’s wife and children in a Toyota Hiace alias Drone and drove off to SIU in Kireka before they later transferred them to Kibuli CID headquarters.

Locals told URN that soon after a Drone carrying Saidi’s family left, he too was shot four times alongside Amin. If this is anything to go by, it means the killed suspects are Hussein Lubwama alias Master, Mustafa Ramadan Kawawa alias Amin, Juma Saidi and Juma Idris Sserwadda.