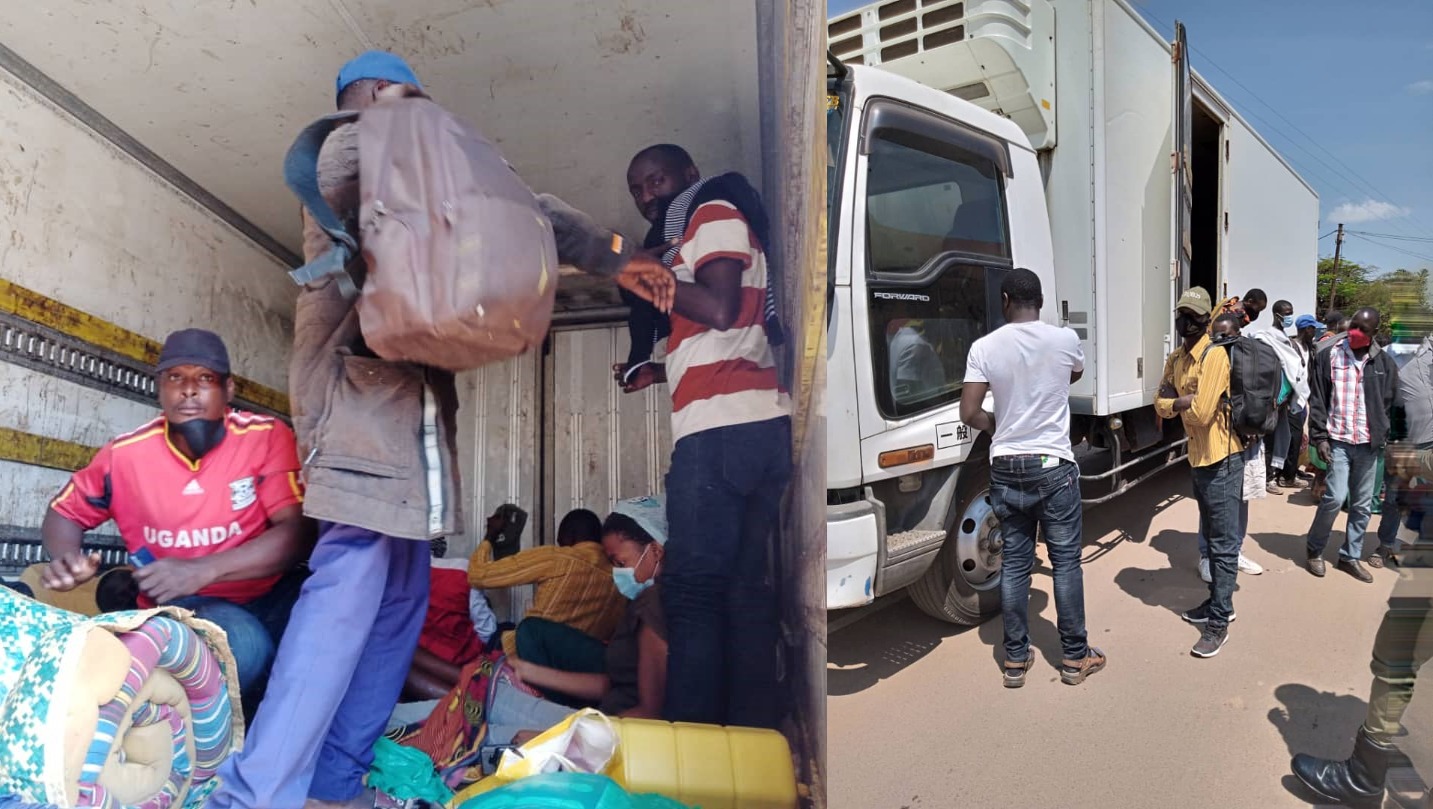 At least 15 people have been arrested after Police intercepted a truck that was carrying passengers against President Museveni’s directives.

The truck, Reg. No. UBJ 803P was intercepted at Nabbingo as they headed for Mbarara.

“Our Police at Nabbingo has today afternoon intercepted a motor vehicle UBJ 803P. Upon search, 14 people were found inside the vehicle. When we interrogated the suspects, they informed police that the driver was taking them to Mbarara District and charging them between UGX50,000 and UGX100, 000,” Luke Owoyesigire, the Deputy spokesperson for Kampala Metropolitan Police revealed.

In his address on Sunday June 6th, President Museveni ordered that travel across districts be stopped as a means to curb the spread of the Covid19 pandemic.

He further tightened the directive banning movement of all public and private vehicles although trucks and personal cars belonging to essential workers were allowed to continue.

The Tower Post understands that truck drivers have been minting a lot of money from transporting passengers although they were only cleared to transport cargo.

Owoyesigire said that the 15 who were arrested today in Nabbingo are currently detained at Nsangi Police station.