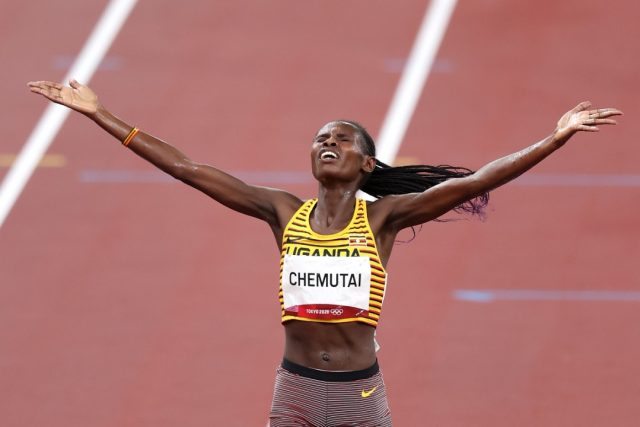 This becomes Uganda’s first gold medal from the Tokyo 2020 olympics and the third overall medal following silver and bronze which were won by Joshua Cheptegei and Jacob Kiplimo in the men’s 10,000m race.

Chemutai sets a national record as the first Ugandan woman to win an Olympic event and the third overall following John Akibua who won 400m hurdles and Stephen who won a marathon.