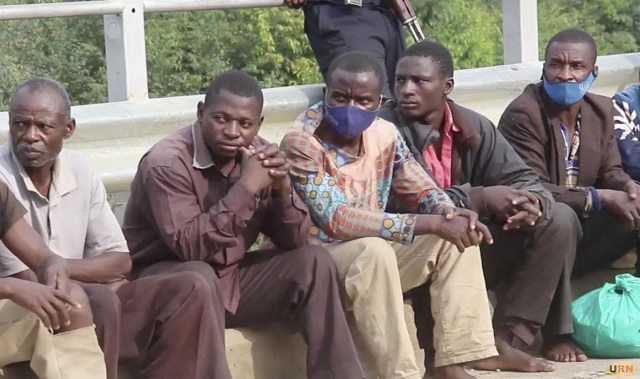 Seven Ugandan fishermen have been deported from the Democratic Republic of Congo-DRC.

The seven were arrested for entering the country illegally through Lake Edward. They were deported on Thursday through the Mpondwe border in Kasese district.

On Tuesday, 36 Congolese fishermen who illegally entered the country to fish on Lake Edward were deported.

They were arrested on separate occasions between March and June this year in Kasese district by Uganda People’s Defence Forces-UPDF attached to the marine unit.

Col. Charles Omeonga, the Beni Territory Administrator in DRC says that the deportation of both the Congolese and Ugandans was meant to improve the relations between the two countries.

Omeonga also requested a quick delivery of fishing gears that were captured from the Congolese fishermen.

James Mbahimba, Uganda’s Ambassador to DRC said marine officers on the lake should have GPS to help guide fishermen, considering the lake has no demarcations.

Mbahimba said several Congolese nationals were arrested on petty offences and they are working out modalities so that they can also be repatriated.