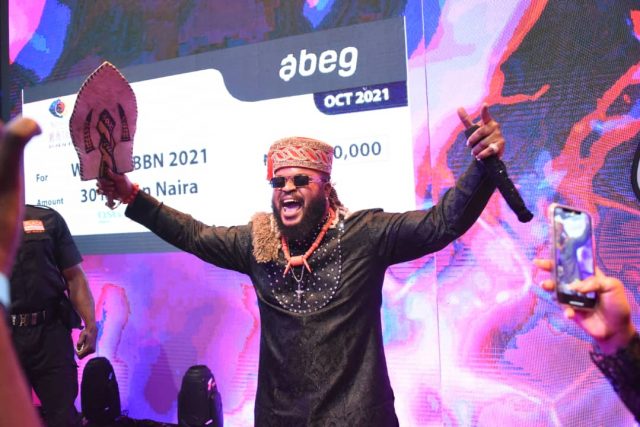 Whitemoney, real name Hazel OyeyeOnou, has emerged winner of the sixth season of Big Brother Naija after polling 47 percent of the votes in the final week. The show’s host, EbukaObi-Uchendu, announced that the 29-year-old was the winner at this season’s grand finale on Sunday, October 3, 2021.

The creative native of Enugu State beat 25 other housemates to clinch the prize after an intensely competitive 77 days.

Whitemoney joins Katung, Efe, Miracle, Mercy and Laycon in the highly coveted list of BBNaija winners. Like the previous winners, he’ll no doubt leverage the opportunity the BBNaija platform has offered him to push his career.

The sixth edition of the BBNaija franchise will go down in history as the most successful iteration yet, having recorded over a billion votes, an unprecedented number of auditions and broken social media engagement records. Despite following strict COVID-19 guidelines, just like last year, the innovative changes to the show and twists helped keep things exciting. It also had viewers on their toes and constantly trying to figure out Big Brother’s next move. The success of this edition is particularly remarkable, considering fans didn’t have the usual SMS voting platforms to vote with this year.

The grand finale, which aired live on DStv 198 and GOtv 29 at 7 pm, featured live performances by Nigerian superstars Made Kuti, Avala and Laycon. A highlight of the night was a surprise performance by Lojay and Ajebo Hustlers with renditions of hit songs ‘Monalisa’ and ‘Pronto’.

Abeg was the headline sponsor of BBNaija Shine Ya Eye, and Patricia was the associate sponsor.