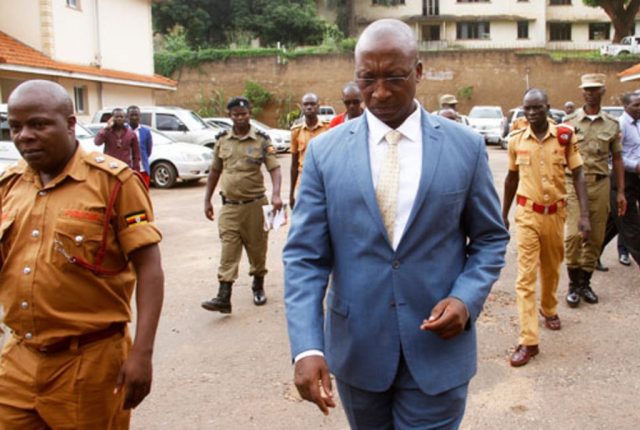 The Anti-corruption court in Kampala has convicted former junior minister for Labour Herbert Kabafunzaki on charges of corruption.

Kabafunzaki, a former Member of Parliament for Rukiga County was caught redhanded in 2017 while he was soliciting a UGX 5million bribe from an investor at Serena Hotel.

He is jointly charged with two others, who include Mr Brian Mugabo, his political assistant, and Mr Bruce Lubowa, an interior designer in Wakiso District.

During the course of the trial, Kabafunzaki reportedly went missing.

The presiding judge pushed his wife, Ms Doreen Kabafunzaki, to produce him in court, saying she did not believe that she did not know the whereabouts of her husband.

Justice Tibulya reasoned that Ms Kabafunzaki did not report a matter of a missing person at the nearest police station.

The former minister has been ordered to pay a fine of UGX 10million failure of which he’d have to serve three years in prison.

He has further been barred from holding any public office for 10 years.