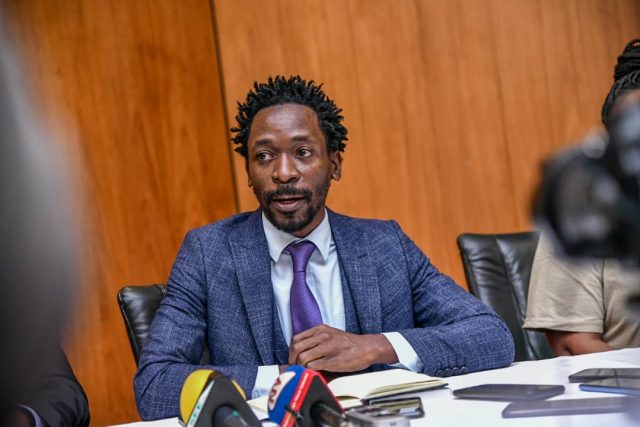 Renowned city lawyer Isaac Ssemakadde was giving a talk to students of clinical legal education on Friday, October 8th 2021, when the moderator asked that he turn on his camera.

He may not have been naked, but went on to strip naked many legal institutions, from the Law Development Centre (LDC) to the Judiciary.

Let’s keep the others for another day, and deal with LDC today —since the topic of the highly oversubscribed guest lecture was “Transforming Legal Education: The Role of an Advocate in Promoting Social Justice and Transforming Society”.

Ssemakadde called LDC the “biggest fraud, a scam”, an institution that only exists because of the law.

“The lawyers who wrote the LDC statute did not go to LDC,” he said. “They were trained in the Inns of Court in London.”

The Law Development Centre was set up by an Act of Parliament in August 1970. Before then, most of the lawyers in the country had trained in Britain, under the pupillage system (an apprenticeship or mentorship program which qualifies one to practise the law independently).

He advised students to stop losing money on LDC and make smart decisions and train elsewhere.

The legend of Male Mabirizi

Challenged that they wouldn’t be able to practice without going through LDC, Ssemakadde said Male Mabirizi had exposed the fraud.

Mabirizi, a graduate of Law from Makerere University, is not an enrolled advocate but has become an activist lawyer, suing and representing himself in court.

He has represented himself up to the highest court – the Supreme Court of Uganda, as well as the East African Court of Justice at Arusha.

Ssemakadde called LDC a monopoly imposed by the law, which is “completely unconstitutional”.

Some countries like India do have bar examination bodies but the studying is optional or liberalized.

The All India Bar Examination (AIBE) only sets the advocate’s exam to assess their capability to practice the profession of law in India.

After passing the examination candidate will be awarded “Certificate of Practice” by the Bar Council of India.

It issues a curriculum three months before the exam but the advocates-to-be are free to study anywhere or not to study at all.

Lawyers can sit the exams as many times as they wish until they attain a passing grade.

LDC, on the other hand, has restrictions on entry, attendance is mandatory and costly, failure rates are scandalously too high, and those who fail have only a small window of redoing the tests (moreover at exorbitant rates), after which they are condemned to the wilderness.

“There is no constitutional rationale for the LDC monopoly over tuition and training,” Ssemakadde noted.

“The case for diversity and inclusion”

While there are wide variations of entry to the bar around the world, most countries do have only bar exams, and not mandatory learning, more so a monopoly of a single institution.

Ssemakadde contends that there are many ways of training legal practitioners.

He cited the case of famed socialite Kim Kardashian who has been trying to sit state bar exams in California, United States, without necessarily going to a degree-awarding law school or “a post-graduate tyrant like LDC”.

“If Socrates trained lawyers, doctors and philosophers in the days of yore,” he asked. “Why not now?”

He called for a complete overhaul of the legal education system on the post-colony (meaning Uganda) as the current one is “evil and foul.”

“The law should be amended to permit a non-traditional route to the bar, for instance by receiving mentorship from Socrates or an activist like me, even though others may opt for the traditional route of being indoctrinated by a state institution like LDC,” he urged.

“Then we shall see who will win the great questions of the day: activists or the LDC guys?”

He said LDC was for the meek and humble and could not produce activist lawyers, who are sorely needed to curb the impunity of elites today.