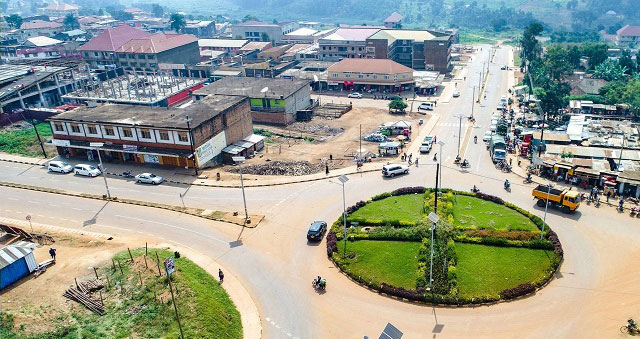 The police and sister security agencies in Masaka region are hunting for unknown assailants who have started terrorizing communities once again.

On Wednesday night assailants hacked a coffee dealer in Kirimya town leaving him in critical condition.

Shafik SSendyowa, a resident of Gayaza Lubowa LCI in Kimanya-Kabonera division, Masaka city, was heading back home at 8pm when the incident occurred. He was hacked several times on the head and left in critical condition.

A passerby, who found him notified other residents and called the police to the scene. Police rushed Ssendyowa to Masaka Regional Referral hospital for urgent attention.

According to his boss- Deo Kayiwa, he got the shocking news shortly after the incident.

He explains that Ssendyowa was speaking with his wife on the phone and he did not see the attackers coming. He says they are worried that similar attacks may happen in other communities and appealed to the police and other security agencies to intensify night patrols.

Muhammad Nsubuga, the Southern Region Police spokesperson, says that investigations have started into the incident. He appealed to the residents to embrace the concept of neighbourhood watch to strengthen their security.

Similar attacks had rocked the region between July and August leaving at least 28 people dead. However, the attacks had cooled since September after security stepped up deployments in the region including foot and motorized patrols in addition to the drone surveillance.