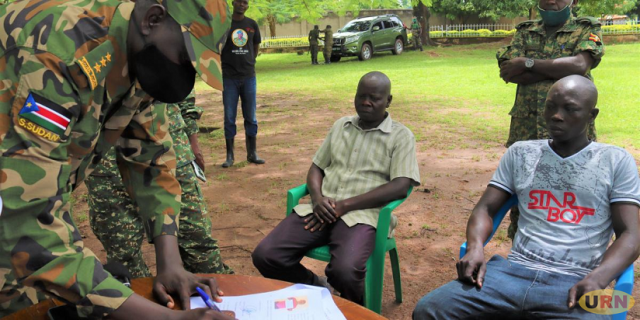 The Uganda People’s Defence Forces (UPDF) have handed over two National Salvation Front (NAS) rebels to the South Sudan government after they were arrested in Uganda, a senior Ugandan army officer said.

“There had been complaints about these rebels crossing into Uganda, disturbing the locals and that kind of stuff. So these ones already fell in a trap that had been set. These ones were held because of the complaints that have been repeatedly reported to the authorities. So when these ones were seen, they were apprehended,” she said.

She added, “This is a joint mechanism between the two countries but generally between all countries, that when one crosses and is apprehended in one country, he or she handed over back to the authorities. And now the recognized authority is the government.”

According to Flavia, the safety of the two rebel members is the responsibility of the South Sudan government.

When contacted, the spokesman of the South Sudan People’s Defense Forces (SSPDF), Brig Gen. Lul Ruai Koang said:” I am not in a position to comment on the matter.”

Suba Samuel Manase, the spokesperson of the rebel group National Salvation Front (NAS) could not immediately be reached for comment.