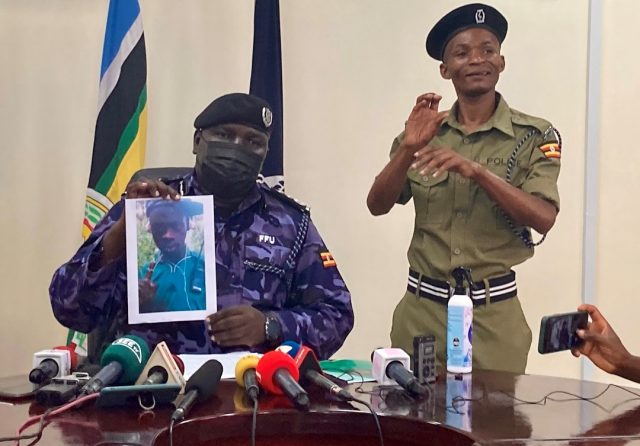 Police has identified the individual believed to be the mastermind of the two bomb attacks in Kampala and Mpigi Districts  that left three people dead.

According to Police spokesperson Fred Enanga, the individual responsible for the attack is Medi Nkalubo  who is currently  based in the Democratic Republic of Congo – DRC.

Nkalubo is believed to have planned the Saturday night bomb attack at Digida prok joint in Komamboga, Kampala and the Monday evening attack on Swift Safaris bus that was headed to Western Uganda.

According to Police, the explosion on Swift Safaris bus has been confirmed as a suicide bomb attack, the first of its kind to happen in Uganda.

Nkalubo who uses a number of aliases has been based in the DRC for six years now.

He is one of the commanders of the Allied Democratic Forces – ADF who fled Uganda and have been hiding in the DRC.

Another suspect has been identified as Aisha Katushabe, a resident of Hoima, Western Uganda who is also part of the ADF cell.