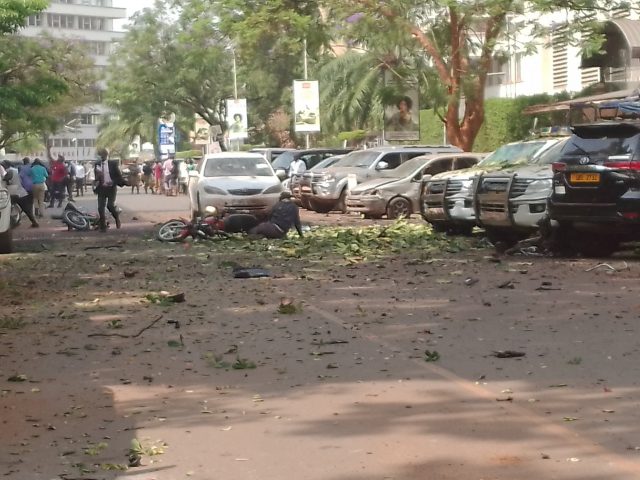 One explosion went off near Central Police Station, while another was reported at Jubilee Building along Parliamentary avenue.

Police and other security agencies rushed and cordoned off both scenes. Ambulances were seen rushing to the scenes to rescue survivors.

Police has not yet confirmed the actual number of deaths and casualities.

The Tuesday explosions come barely three weeks after bomb attacks a Swift Safaris bus that was travelling from Kampala to Ishaka and Digida Pork joint in Komamboga, Kampala.