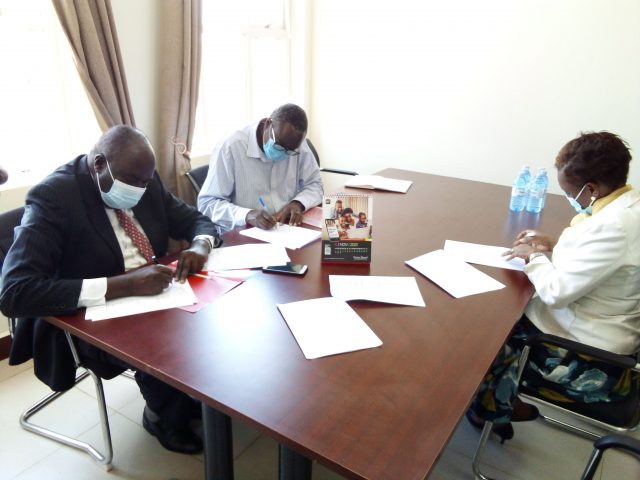 The Soroti Based Science University has signed a five year memorandum of understanding with Uganda FlyingLabs makers and innovators of robots.

According to Tinah Mutabazi the Managing Director Ratidzo and Spatial Tech limited and Coordinator Uganda FlyingLabs, the five year renewable partnership will help the young generation who are future innovators improve on their livelihoods.

Mutabazi believes that most of the job markets are going to be filled with technology that is leveraging robots and their partnership will help expose the students of Soroti University much early so that it can help them when they go to the job market.

She revealed that everything done in the world is around science, technology and innovation and students need to believe in themselves no matter what decision they take.

Juma Hassan Nyene the University Spokesperson revealed that the partnership with the FlyingLabs will help the University students get experience in the field of engineering.

He noted that the University is trying to work out on several MOUs with other companies to help Soroti University in its quest for Technological growth.